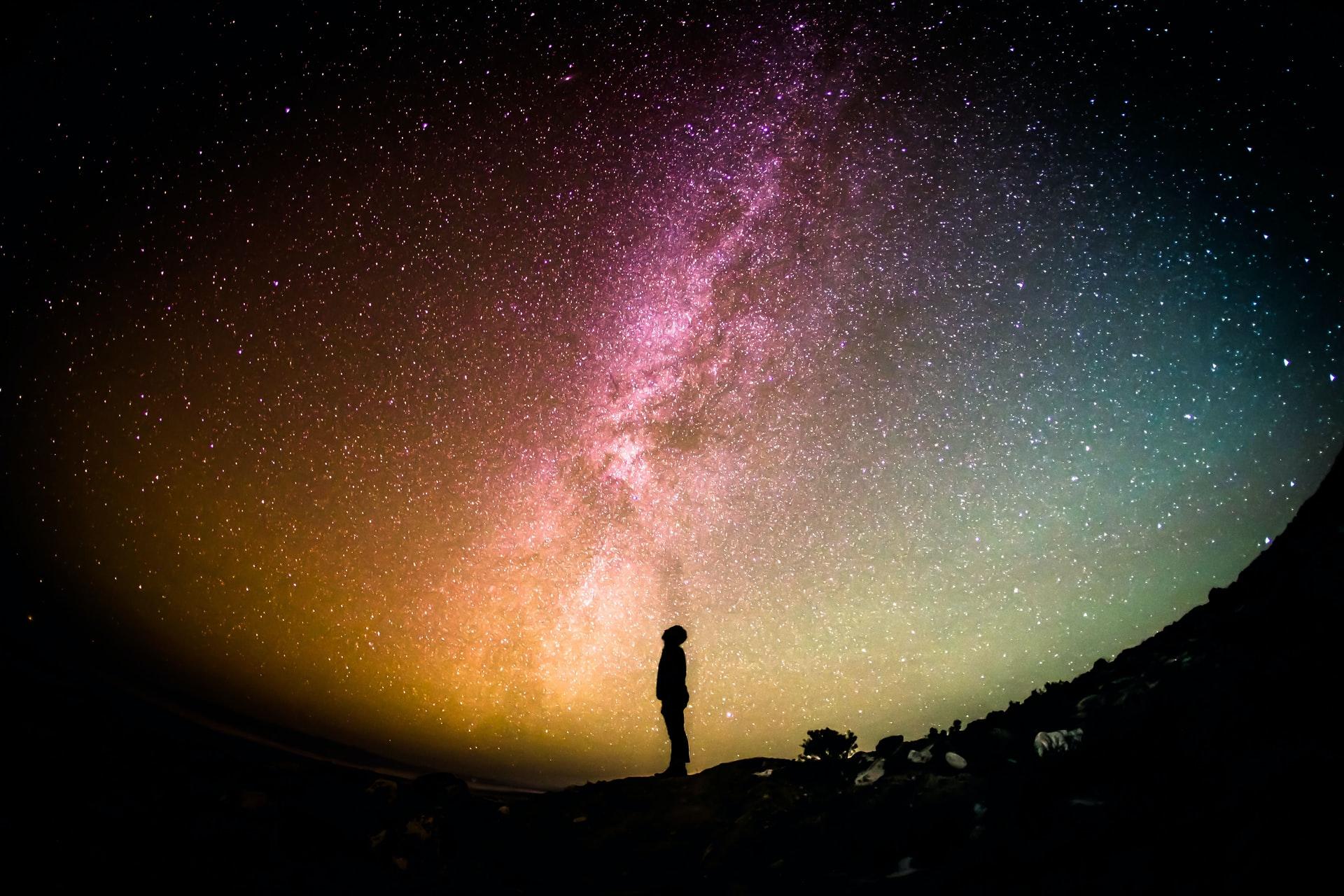 How’s Your Relationship with the Universe?

We have previously discussed the concept of Trust in relation to others and in relation to the Self.  At the level of “doing”, these concepts were defined as relational trust and self-confidence.

At the level of “being”, we speak of Unconditional Love and Self-Esteem.

It would be tempting to believe that we have now exhausted the topic of trust by directing it to the second person (“you”) and to the first person (“I”).  And yet, there is a third relation in which the concept of trust plays a huge role and may help one live a happier, more fulfilling life.

This is the relation to the greater whole.

This dimension describes our Trust in the organization of the universe.  We call it Universal Trust.

Meet Michael, an independent film producer.  Michael has been trying to raise funding for his productions, thus far with no success.  After several unsuccessful rounds, he began to develop a narrative: “the game is rigged”.  In his words, the whole industry is rotten and it’s always the same people who get funded.  He got discouraged and this attitude of resignation spilled over to other areas of his life, not least his dating routine.  He felt like an outsider, with the world unable to understand his genius and the contribution he is ready to bring.

Universal Trust allows us to go beyond the pervasive illusion of perceptual primacy.  We often hear people say: “I believe what I see”.  In fact, exactly the opposite is the case: “They see what they already believe”.

Michael already believes that the “game is rigged” in the film industry and he will then seek – and find – the confirmation of this belief everywhere he looks.  Such beliefs accumulate from recurrent thoughts, layer upon layer, like sedimentary rocks.

How do we know that “I believe what I see” is an illusion? 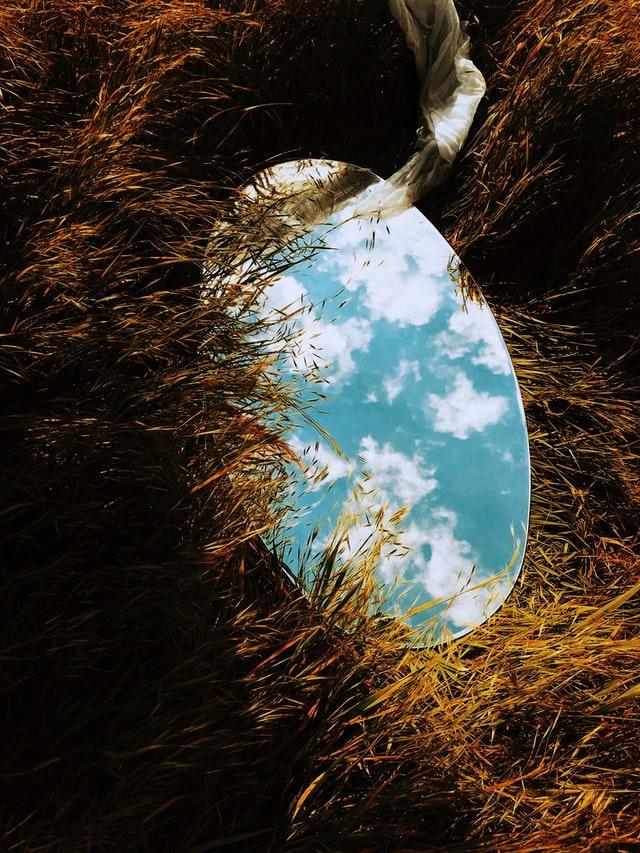 Not least from science.  We don’t see radio waves, X-rays or gamma rays, quarks, strings, black holes, or dark matter, but we sort of believing in their existence, thanks to scientists who either observe them or can intuit the existence of certain phenomena from calculations. We believe in it, but it is our belief that comes first, not our seeing.

If the illusion of perceptual primacy is so easy to debunk, then why do we persist?  Because we tend to believe what we want to believe.  Over time, we have developed perception filters that help us make sense of any new information we receive.  Beliefs are products of these filters, which combine various ideas into a structure that is meaningful to us.

We perceive the world through this filter, and we make sense of our experience in alignment with it.  Various biases and mental shortcuts speed up the process of absorbing inputs, but they also limit our brains: we see what we expect to see.

While episodic fear constitutes a perfectly legitimate self-defense mechanism against potential threats, constant ‘mind of fear’ isn’t healthy: Fear of death, fear of other people’s death or departure, fear that I fail an exam, lose my job, lose my child, have a tumor, and lose my reputation.  Fear of climate change and fear of nuclear war.  Fear of violence in the streets.  Fear of a pandemic.  The list is endless

Universal Trust is the exact opposite of such a life-denying fearful mindset.

The ancients knew Universal Trust by its common English term: “faith”.  The word derives from Latin fides which means “trust”.  Faith is not a belief, because as we saw before, beliefs are based on perceptual filters layered to speed up our cognitive functions.  Faith is not a cognitive construct.  But if so, what is it?

First, faith is not ‘certainty’.

There is this view that faith is some “unshakable form of belief”.  This betrays ignorance of the history of faith.  From St Thomas to C.S. Lewis passing through Mother Theresa and St John of the Cross in his “Dark Night of the Soul”, people of faith were often beset by doubts, questions, by hesitancy.  Paradoxically, it is often doubt that drives new discoveries about faith.  Without a doubt, faith might not even be revealed.

Why?  Because faith does not tell us how things happen.  Faith does not provide empirical certainty in the face of inevitable uncertainty.  What Universal Trust does provide is positive consistency.  We do not know how events will unfold or what will happen to us in the future.  But we trust that it will turn out OK.

Someone I was very close to had a motto in life: “Everything will be OK”.  With this mindset, she fought her cancer for 12 years in such a way that even her closest friends had no idea how serious it was.  And, on her deathbed, her approach kept her from ever being frightened.  Until the last moment, she had faith that things would turn out OK. She ran out of time to be afraid.

This is not about being duped.

What kind of wisdom is it to live in constant fear?  Our minds cannot find peace when we seek empirical certainty because no matter how much we obsess and worry about it, we never come closer to actually knowing it. This form of anxiety undermines our capacity for joy and peace in the present moment. It prevents us from taking risks. Universal Trust enables us to take risks. If I win – all hail. If I lose – I learn.  We always learn more from the games we lose.  And we figure out what we can do better next time.

Second, faith is not opposed to reason.

Our reason allows us to capture sensitive data and process them.  Authentic faith does not sacrifice reason, it adds to it.  At the level of Being, the distinction between an active observer and a passive object melts away.  It is the same with Unconditional Love.

You don’t marry someone because of a perfect analytical calculus you conduct on the person you are planning to tie the knot with.  Universal Trust, just like Unconditional Love adds to reason and it goes beyond reason.  The reason is to faith what a plinth is for a statue.  A perfect, stable plinth makes art prominent: David, Pieta, the Thinker, or the Laocoon group.  What stands on the plinth did not emerge from pure reason.

Universal Trust is a decision 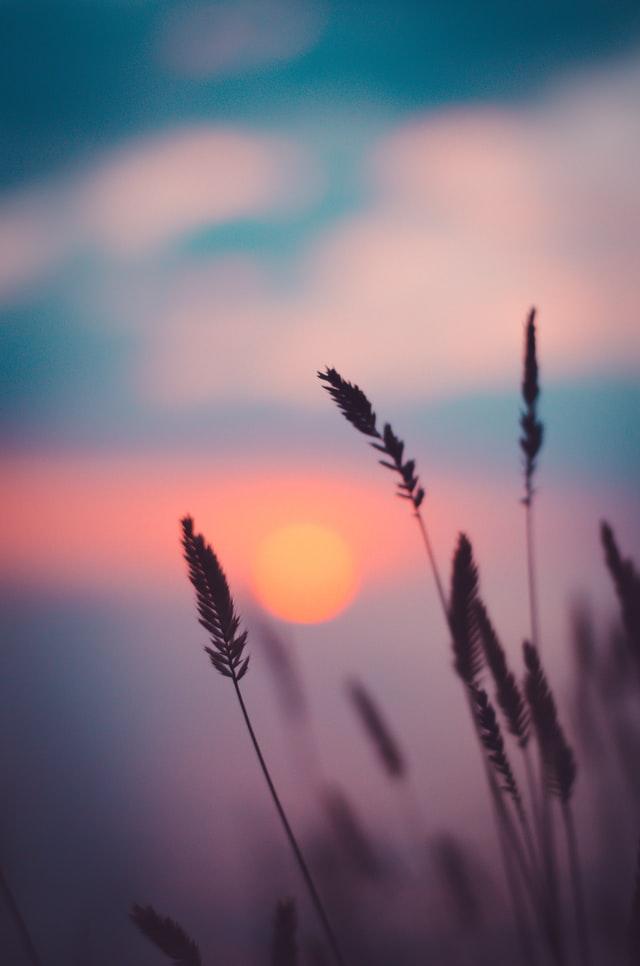 Now that we know that Universal Trust is no certainty and that it is not opposed to reason, then what is it?  It is an ongoing effort, and it is a practice to choose.  Choose what?  It means choosing to trust that the universe is not hostile to us.  Some credit Albert Einstein, himself a materialistic determinist, with saying, “The most important decision we make is whether we believe that we live in a friendly or hostile universe”.

Like Michael the filmmaker, many Clients genuinely suffer from active resentment towards the world, and feel as victims of an ongoing, passive fatalism (“I don’t have this, but others do”, “Life is unfair”, “Things will only get worse”, “Why good things never happen in my life?”).

How do we counter this attitude?

By appreciating that the odds of this universe being hostile are infinitesimally low.  The probability of consciousness developing in this particular corner of the universe was negligible.  Without Jupiter acting as our planet’s bodyguard, massive asteroids would be hitting us with much higher frequency than every 65 million years or so.

That’s a pretty friendly architecture if you ask me.  And we could go through countless examples of such lucky breaks, from universe formation and the planet’s development to evolution and epidemiology.

Universal Trust is an active decision to trust that “All is well”, that “I will always be OK”, and that “Things will work out”.  By focusing on the good of this moment and on what we will remember 20 years from now, the feelings of restlessness, anxiety, and fear will ease.

On the other hand, if you decide to view the universe as inherently hostile, you are going to experience a lot of anxiety.  Focusing on what you do not and cannot have at this time can never bring you any peace or joy.  The uncertainty that pervades this world is simply too overwhelming.

This decision to trust does not mean that everything is in perfect order.

Popular woo-woo literature will tell you that the universe is friendly because of some underlying, natural “order”.  But trusting that we live in a universe that is non-hostile and non-threatening, does not preclude the possibility that randomness and chaos are an inherent part of this design.  Faith helps us to accept that feature of the universe as well.

Chaos is not “bad”.  A lot of new things are born out of chaos and some of them may turn out good for us even if we do not yet understand them.

So, how to develop the “muscle” to trust the universe?  Some simple practices, if applied regularly, help speed up this process.  For example:

And what about Michael, the film producer, and his trust? 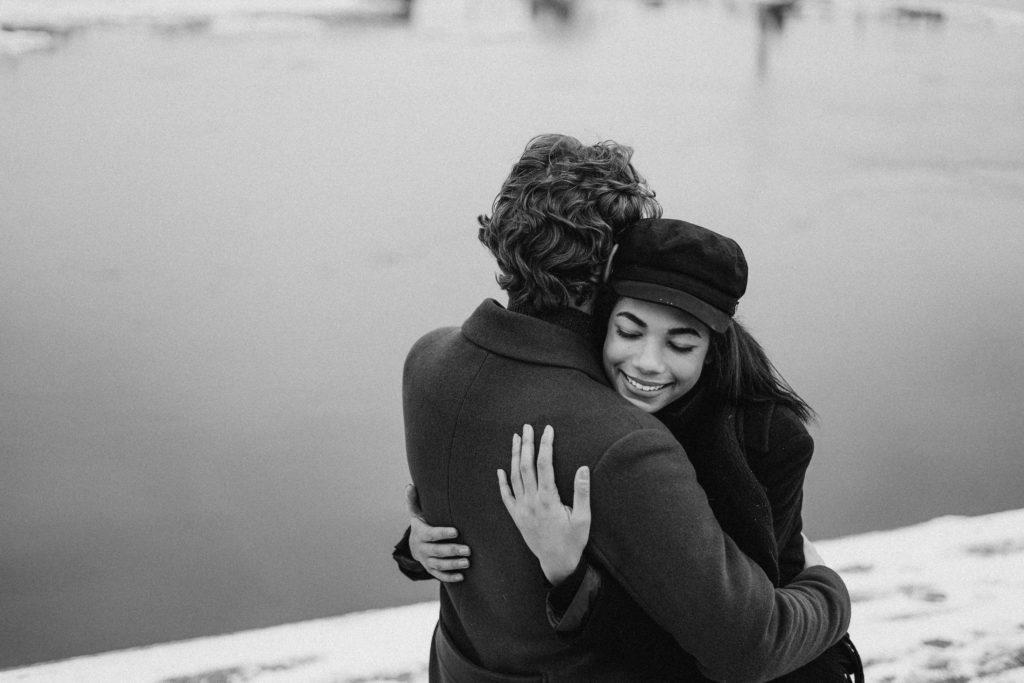 With the help of his Life Coach, he re-examined his inner monologue about the “rigged game” of production finance.  Yes, the film industry goes by its own rules.  Every sector of the economy does.  The trick is to learn these rules and understand how to play the game.

Michael finally understood that sitting on the sideline and complaining was the best guarantee of failure.  By accepting that the universe was not set against him, he stopped blaming outside forces for his lack of success.  He no longer has to fight the windmills of the entire universe because there is no proof that he must face such formidable headwinds.  With that burden off his mind, he can now strategize his Active Action.

In Self-esteem, we stop chasing to control other people’s thoughts or opinions about us.

In Unconditional Love, we drop the pretense to control other people’s emotions.

In Universal Trust, we see through the illusion of controlling the universe.  Instead, we take control of our inner state to act in the world out there.

We at New York Life Coaching Institute believe holistic life coaching leads the way. At NYLC, we are interested in the client as a whole person and approach their goals in an integrative manner.

Our balanced approach helps cultivate resilience to embrace all that life has to offer, and we explore the frontier between their comfort zone and their true potential.

If you need help to develop a better work-life balance, consider hiring a life coach!

If you want to help others develop work-life balance, check out our Coaching Training and Certification Program.