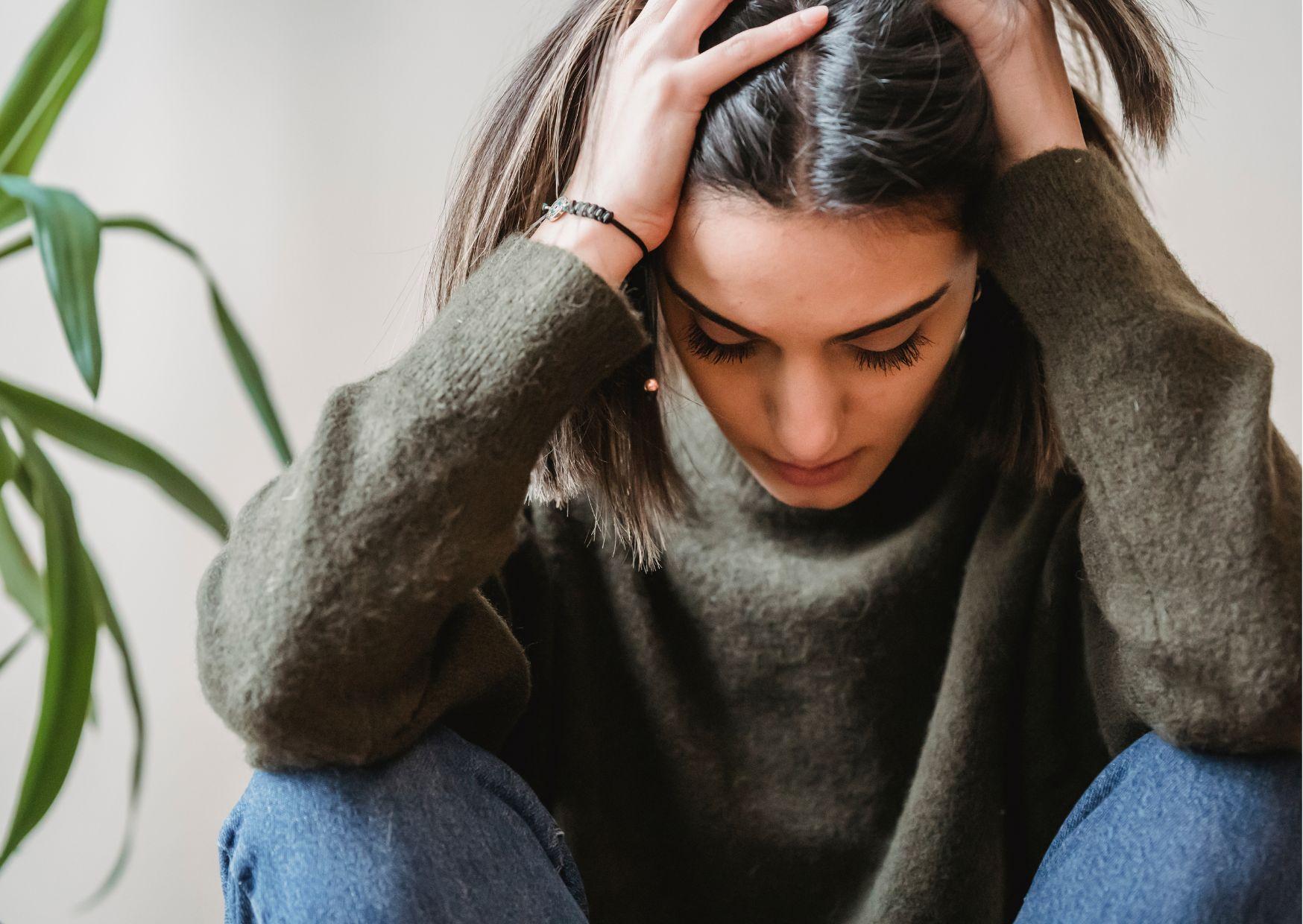 How often do we hear about anxiety? It has become one of the most common words my coaching clients use to describe their emotional state. The term usually appears as a noun, but note that its meaning is different from the adjective ‘anxious’. ‘Being anxious’, refers to an urge, or impatience to act, to do something.

The noun ‘anxiety’, on the other hand, projects a sense of enforced unease, clouding our inner vision and often preventing us from acting. It is almost as the two terms mapped its very opposites.

What’s in the word?

The English term has a rich parenthood among older indo-european languages. These terms usually pinpoint the physical aspect of various experiences, later metaphorically mapped onto the blurry notion of ‘anxiety’.

In Avestan (the language of ancient Persia), the related term ązah– was used to describe ‘constriction of the throat, oppression, need, narrowness or imprisonment’. In Latin, the word angustus meant ‘narrow’, while angustia, when used in plural, reflected the meaning of ‘narrowness, oppression or difficulties’. The related verb anguere meant to ‘choke, squeeze, torment’.
Similarly, in proto-indoeuropean, the term ang̑h– meant ‘narrow, constrict’, while ang̑hes referred to – ‘oppression, distress’. The related notion of ‘tightness’ still appears to this day in some languages to describe the meaning of anxiety. Cold English used the term angsumnes – with its root close to modern German Angst, which means ‘fear’.

However, ‘anxiety’ itself appears in modern English only in the 16th century, and is used to describe “apprehension caused by danger, misfortune, or error, uneasiness of mind respecting some uncertainty, a restless dread of some evil.”

Within a century, the term was employed to describe pathological conditions, and psychiatry adopted it in the early 20th century. These various definitions illustrate the foggy nature of the discomfort that the concept brings with it.

We know that the state of anxiety can be vaguely detected by observing the reactions in our physical body – loosely reflected in those historic uses of the term. Anxiety tends to be associated with muscle tension, chronic fatigue, sleep disturbance and general inability to relax.

When coaching clients are asked to identify in which part of the body they can locate ‘anxiety’, they often point towards tightness in the neck and shoulders. Others feel contraction in the chest. Still others experience ‘butterflies’ in the belly, of ‘a knot’ in the stomach.

The problem with these descriptions is that tightness in the shoulders might also indicate fear (caused by a defined threat), heavy chest may reflect sadness and some belly states are associated with disgust.
Why is this a problem? Because anxiety differs from other aversive emotional states in several aspects.
First of all, there are several forms of anxiety. What we focus on in this series is the most common form of anxiety, labelled by clinical psychologists as Generalized Anxiety Disorder (GAD). But the term ‘anxiety’ is sometimes used to label various other states, including panic disorder (PD), posttraumatic stress disorder (PTSD), social anxiety disorder (SAD), obsessive-compulsive disorder (OCD), as well as several types of phobias.
Henceforth, by using the term ‘anxiety’, we refer exclusively to GAD as life coaches don’t treat clinical anxiety disorders. 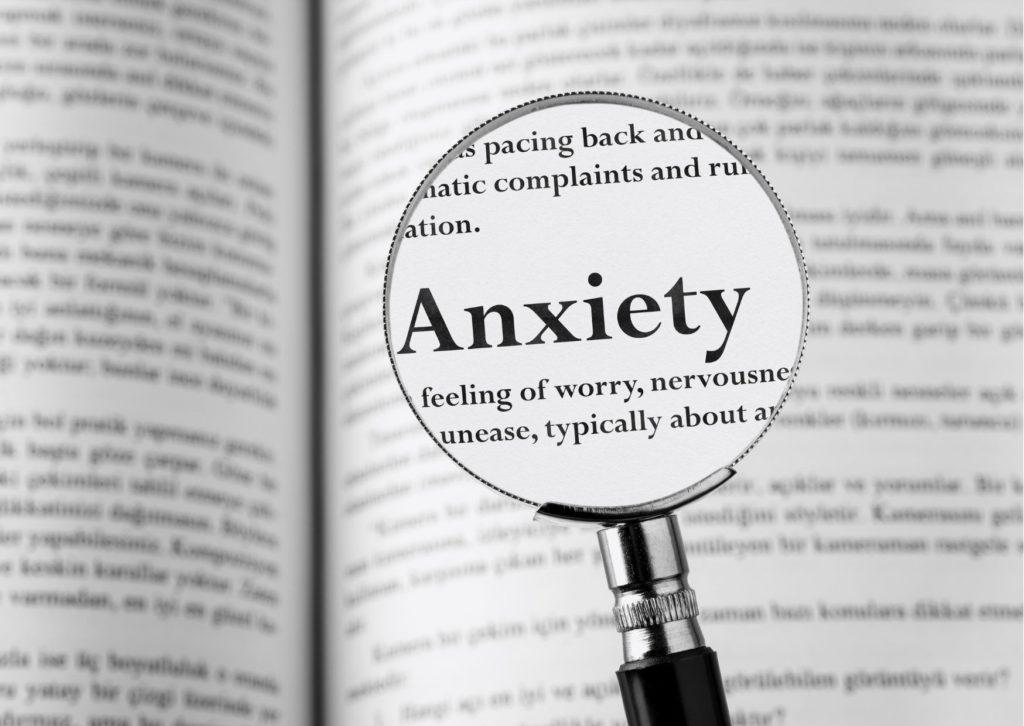 As mentioned above, the same indo-European root (angs-) is used in other Germanic languages to describe ‘fear’. This derivation illustrates the difficulty to trace the precise boundary between fear and anxiety. We want to be careful when learning to describe complex emotional states where experiences tend to be diffuse.

While prototypical fear originates as a response to a specific, identifiable danger, anxiety does not typically relate to anything tangible or immediate. In other words, anxiety lacks a clear object, hence our difficulty dealing with it at the level of rationality.
How can we cope with an emotional state if its object is invisible, obscured, or non-existent? How do we flee from something we don’t know? How can we tackle it?
This objectlessness of anxiety derives from the cloud of uncertainty that hovers over it. That’s because states of anxiety are often associated with the anticipation of an inherently uncertain future. An anxious person can’t gauge the probability, impact, or timing of the perceived or misperceived threat.
There is also a semantic overlap between generalized angst and irrational fears that stem from worries regarding potential events (“a worst-case scenario”). Even when referring to similar cases, some people describe themselves as “afraid” while others simply say that they are “anxious.”
Sometimes it is helpful to follow up with these statements. “You are afraid of what?” is good grammar. “You are anxious of what?” does not sound right.
Of course, we can still try and pierce this cloud by probing the ‘aboutness’ of anxiety. How do coaches do this? One way is to probe each case at the level of motivation. Fears serve as a powerful short-term motivator to fight, flee, or even freeze. Anxiety, on the other hand, does not motivate. Quite the contrary, it correlates highly with demotivation, which stems from the difficulty of acting upon something that appears objectless. 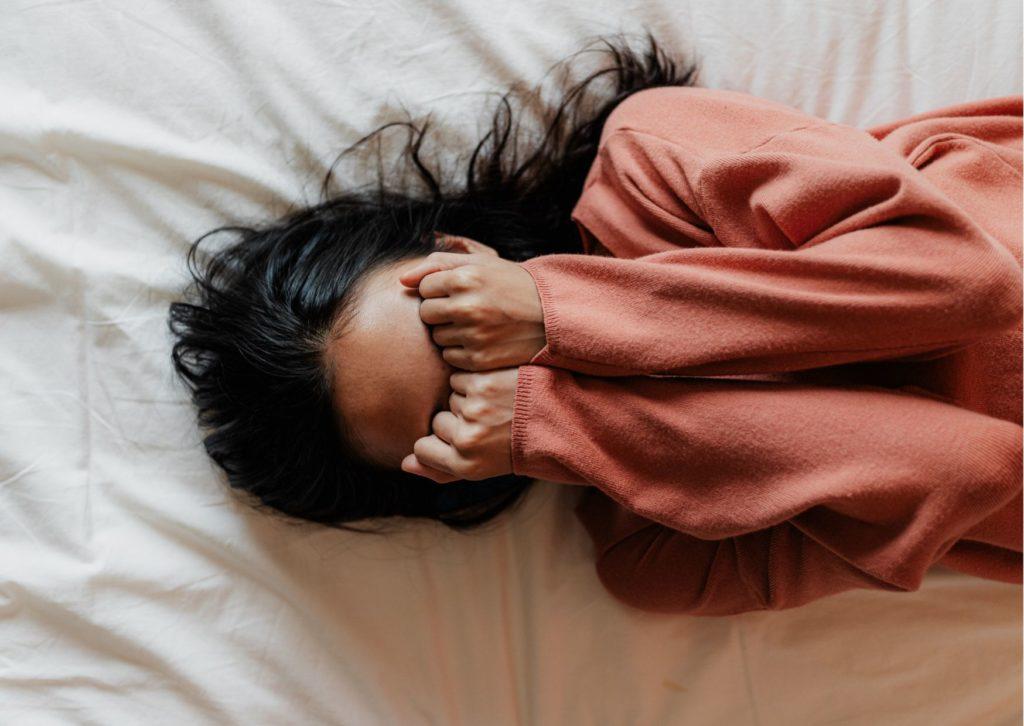 What are the origins of anxiety?
The emergence of anxiety is catalyzed by the conditions of sustained uncertainty and insecurity. Sometimes, the underlying, chronic sources of uncertainty can be identifiable, for example: economic hardship, unsafe living conditions, unattended health issues or harassment.
Sometimes, however, the underlying sources of anxiety are not easily identifiable. In this case, it is possible to distinguish between three contexts that facilitate the development of anxiety:

This nebulous state may lead to further cognitive or physical reactions. When we are anxious, we feel restless, find it difficult to concentrate and get easily irritated. On a physical level, anxiety correlates strongly with insomnia, fatigue, muscle tension, stomach problems, sweating, and mood disturbances.

The nature of cognitive and physiological responses to anxiety depends not only on personal traits, but also on the source and degree of uncertainty. The higher the degree of uncertainty, the less helpful will our cognitive intelligence be. The less familiar the source of uncertainty (and the lower the perceived level of control) – the more paralyzed we are in our actions.
This inner conflict between the desire for predictability and the irreducible burden of uncertainty may trigger three distinct types of coping strategies: obsessive planning, cognitive avoidance and permanent worry. These responses correspond to, respectively, externalization, escape and internalization (or fight, flight, and freeze in popular parlance).

Since generalized anxiety stems from intolerance of uncertainty, the temptation arises to remove this uncertainty. This is commonly known as the need for “closure”. The closure is preferable to uncertainty, even if the outcome could be deemed “negative” from the purely utilitarian cost-benefit perspective.
This intolerance of uncertainty is manifested in the obsession to “know” what will happen in the future – an oxymoronic statement in itself, given that none of us can really know the future. This preemptive drive for closure is a bypass that results from apprehensive anticipation – a conviction that one is incapable of actually solving problems when they do occur.
As a result, they may seek reassurance in forming rigid beliefs about the course of future events. It is an example of a “fight” strategy; much energy and time are spent on recurrent, sometimes obsessive verification. This form of anxiety correlates highly with the inability to achieve closure, as exemplified by repeated questioning of the already agreed-upon plan.
Obsessive planners seek second opinions from others, as if it could help to solidify that one, “perfect” future. Naturally, this tendency to over-prepare eventually leads to disappointments. Deterministic conviction does not cope well with inevitable reality checks. In everyday situations, uncertainty cannot be computed as when a coin is tossed (a fifty/fifty probability by definition). It is simply not possible to know the exact odds associated with the relevant outcomes.

This means that most decisions must be taken with whatever information is available at that time, under conditions of uncertainty. Determinists seek to combat this impenetrable reality of the universe, by minting it into their self-styled (yet inherently fallible) models of representation.
In addition, obsessive planning may suffer from an inadequate diagnosis of the source of anxiety. What if the underlying problem does not lend itself to anticipatory action? No amount of obsessive planning will provide relief.

This “flight” strategy seeks to suppress worrisome thoughts. Since uncertainty appears “unacceptable,” it should be avoided altogether. Given that intrusive thoughts are perceived as the very cause of anxiety, avoidance of such thoughts helps to “deal” with the problem. Unfortunately, what is resisted, persists.
Two types of cognitive avoidance can be distinguished. Sometimes people indulge in distractions to interrupt persistent thoughts that bring back the specter of uncertainty. Others may simply avoid situations that they believe could potentially intensify the anxiety.
Unfortunately, such an “escape” strategy of is self-fulfilling. By avoiding situations in which negative outcomes are expected, an anxious person cannot take the first step that would obtain feedback from the environment.
This inertia further exacerbate the state of anxiety. They may result in dysfunctional behavioral patterns including substance abuse, addictive habits, or procrastination, all of which further lower one’s self-esteem, or lead to further intractable problems of psychiatric nature.

Worry is a type of “freeze” reaction. It results from an apparently uncontrollable chain of thoughts that arise in response to discomfort with hypothetical (“what if”) questions. These scenarios range from merely unfavorable to catastrophic. Although the questions are considered important, they bring no verifiable answers.
Worry often appears with a cognitive corollary structured as a set of scenarios, joined together through imagined links of cause and effect. This mental effort displaces our focus from the present time to the uncertainty of tomorrow or beyond. Given that none of the scenarios exist in the present time, simple verification is not possible as a strategy to deal with the worry.

And since each scenario has a probability higher than zero, it is not possible to simply eliminate the nodes, which further amplifies the underlying anxiety.
In the preoccupation with the future, it is the act of worrying itself that becomes a mechanism to “feel certain”. It is as if “the fact of worrying” could resolve the tension between our ignorance and the future outcomes.
The worry strategy allegedly provides an illusion of “responsibility” and a “motivation to act”.  According to this belief, by worrying now, it will prepare me to cope with difficult situations in future. It is an illusionary belief thatwhen one is deeply concerned about a given “problem” in advance, this very concern will prevent it from happening. Or, more likely, the (already depressive) worrying today will prevent a major future disappointment in case things do indeed go wrong.

In the next posting, we will explore how to best deal with various types of anxiety and with the preferred coping strategies.

Meanwhile, if you need help from a life coach to reduce general anxiety, contact us to learn more.