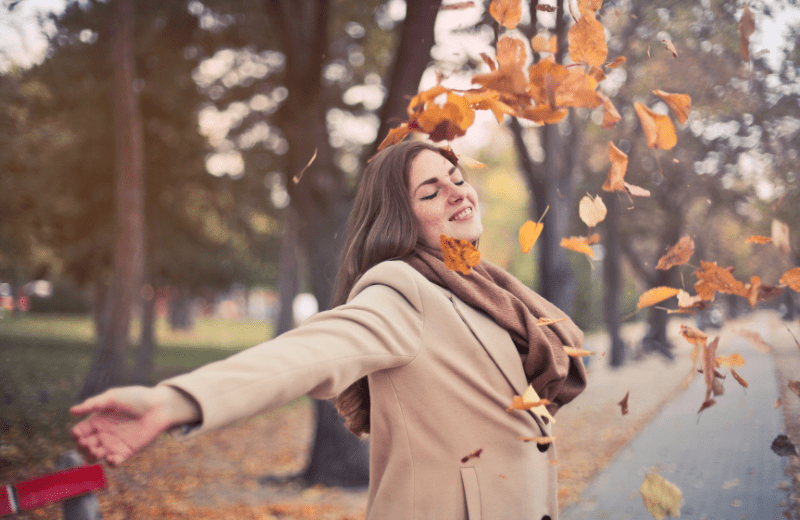 In the previous post, we wrote about the challenge of dealing with emotional reactions, the vital information that emotions carry, and the most basic ways to describe the experience.  We will continue this topic today.

As the moment that triggered our emotional reaction gradually recedes into the past, the content of our experience undergoes various transformations.

We will call the period during which such transformations occur the “Latency Stage”.  During this stage, emotions can be repressed, displaced, or projected onto other people.  More on this below.

As we shall see, any “emotion” that lingers into the Latency Stage is bound to be heavily linked with cognitive re-interpretations formed in the cortical brain.  What emerges is a complex layer of reactions and meta-reactions to painful, stressful, or shocking situations that are interpreted as “real”, regardless of the facts on the ground in the present time.

Even if we are tempted to dismiss these Latency Stage reactions (“it does not matter anymore”), the set of unprocessed interpretations is what truly matters for the observing Self, not the actuality of the fact.

The cognitive reappraisal, contextualization, and associated labeling of the emotions (all performed by our cortical brain) mean that we can speak here of “feelings”, rather than primary emotions. 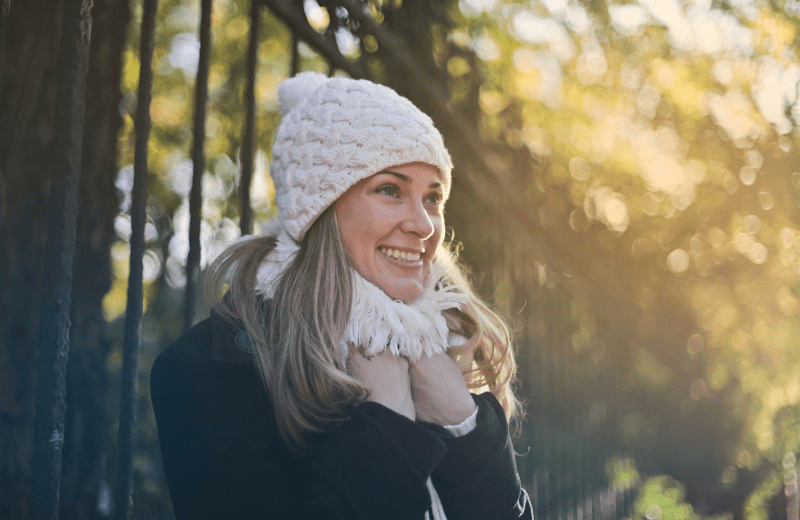 So, what should we do?

For starters, we should try and investigate the nature of the factual content that underlies the initial emotional reaction, subsequently reprocessed during the Latency Stage.  There are four scenarios:

Prospective stressors stem from the simulation of future developments in the mind, a process known as “prospection”.  Prospection generates predictions of the emotional impacts of future events before their actual occurrence.

In theory, anticipatory processes serve an adaptive function when properly applied to the probability and the impact of the threat.  But since the probability cannot be accurately computed, prospection often leads to behaviors that are suboptimal from a risk/benefit perspective.  The fact that such predictions are often misguided does not prevent their recurrence.  Most of us frequently wallow in worry about the future.

Over time, emotions change in intensity and character.  How they change depends on the individual’s preferred strategy, memory functions, and overall emotional hygiene.

The strategy may have been selected intuitively based on experience earlier in life and has been complied with ever since, regardless of its continued functionality.

Several distinct kinds of transformations can be identified: 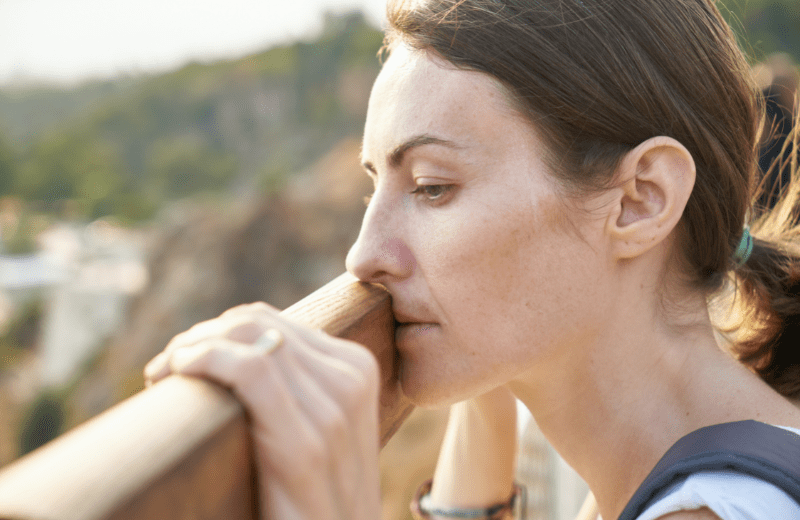 Many of our coaching Clients are afraid of aversive emotional states.  Some even think that it is a sign of weakness to acknowledge them.  They fear that if they do not actively resist such states, they will become overwhelmed and will end up “losing control of themselves”.

But every time an emotion is resisted, the valuable opportunity is wasted to transform the unprocessed emotional material in a way that could favor growth potential.  Instead, one ends up leading a life that is apathetic, full of anxiety and interpersonal frictions.

So how do we approach this?  First, it is helpful to distinguish between the primary and secondary (transformed) emotional material.  Here are some useful questions that a coach could ask a client:

“What did you feel at that moment?  What emotions emerged at that time?”

“What do you think today about that past event?  And how do you feel about it now?”

The trouble with “positive” emotions

Over time, unconscious reactions to uncomfortable emotions can become dysfunctional.  But emotional illiteracy has also another, more surprising downside.  It stems from the constant quest for “positive” emotions.

In our society, a significant premium is placed on simply “feeling good”.  This term is often narrowly defined as an endless sensory satisfaction, supported by sequential acts of consumption.  But what makes sense for the consumer economy suffers from the fallacy of decomposition.  It’s as if the elusive “happiness” could be ensured by simply stringing a sequence of good moments.

Logically speaking, it is impossible to “feel good” all the time.  How can we even know what the term “good” means if we never experience the opposite?  By definition, if everything was “good” all the time, it would cease being “good” as it wouldn’t need to be demarcated against anything “less good”.

We usually underestimate how uniquely adaptable we are.  We survive not only breakups, divorces, job losses, and lost elections.  We overcome adversity in war, natural disasters, personal losses, and even our illnesses.  Humans are wired to cope with an entire range of experiences, whether good, bad, or anything in between.

Without proper work on processing emotions, the superficial quest for the elusive “good” feeling is an exercise in meaninglessness.  That’s not what personal growth is about.

Life Coaches can help their Clients break out of this positivity treadmill.  For a start, Clients need to learn how to experience their emotions properly.

How to observe emotions?

Most of us spend our lives filled with incessant inner chatter and only notice our emotions in moments marked by extremes – with experiences of intense sadness, fear, anger, or joy.

In most other situations, all we perceive is a perpetual buzz of stress and anxiety – states that we find rather difficult to define.  This buzz is a result of mental overdrive.  Our mind remains heightened, either seeking solutions or ruminating aimlessly.  All along, emotional and physical intelligence are neglected.

The good news is, Emotional literacy can be developed.  This is helped by the fact that the Emotional Aspect of Being is not isolated but connects deeply with the other three Aspects of Being: Physical, Cognitive, and Spiritual.

In other words, all Aspects of Being can tell us something important about our emotions.  But is it possible to watch emotions directly, from the Emotional Aspect itself?

How can we capture the feelings “in themselves”, rather than through our thoughts about them or by realizing that we blush?

The first instinct of homo sapiens, a thinking being, would be to simply “think” about emotions.  Unfortunately, introspection works differently at the cognitive and emotional levels.

At the cognitive level, observing one’s thoughts means ‘thinking’ about them, in other words: ‘meta-thinking’.  This process can be illustrated metaphorically with the concept of a meta-brain.  While our active brain interacts with the mind-independent reality (i.e., with the world “out there”), our meta-brain has only one function – to observe the active brain’s activity.

When ‘feelings’ are not Felt.

Alas, emotions cannot be observed in the same way as thoughts.  Observing our own emotions does not mean “thinking” about them.

When we think about emotions, we tend to rationalize them.  Emotions should not be “thought about”.  Instead, they should be “felt”.  English language (and many other European languages) clearly demarcates the difference.  There is an immediacy of experience in “feeling emotions” (not “feeling about emotions”).

By contrast, we can’t “think emotions”, we can only “think about them”.  This ‘aboutness’ generates a certain distance of intentionality, precluding direct experience.  We should therefore seek direct experience of emotions, not “aboutness”.

Simply learning “about” emotions is just like learning “about a language”.  It may be interesting, even enlightening, but is not particularly useful to communicate in that language.

So, instead of resisting or intellectualizing their emotions, coaching clients are encouraged to fully experience them.  They are best “felt” as fluid, moving resources, instead of being repressed, displaced, projected, or otherwise resisted.

However, the verb “to feel” requires some attention, as it is prone to confusion.  In my practice, I have noticed over the years that when clients are asked how they are feeling, they may offer a point such as this:

“I feel that he didn’t understand my point”

These examples show the tendency to conflate emotions with cognitive judgments.  The client actually “thinks” these thoughts but uses the verb “feel” to expose her emotional side.

It may be useful to bring the client’s attention to the blurred boundaries between the two Aspects.  For example, when a client complains about her ‘fear of commitment, she might not experience any fear but is echoing an overheard concept.  It’s not a “feeling” per se, but rather a thought about feelings.

The Client may think that “she knows how she feels”, but what she is actually experiencing is the resistance to emotion, not the emotion itself.  All she “knows” is how it feels to resist or repress her emotions.

To clear up this fuzzy picture and find what the primary emotions or stressors were, the life coach needs to apply an investigative system.  Many systems solve this dilemma.  At New York Life Coaching Institute, we teach our BETAS Process, where BETAS stands for Body – Emotions – Thoughts – Action – Spirituality.

Are you ready to become a Life Coach? Learn more about our Certification Program.