How to Make Better Decisions?

Many coaching clients experience blocks at the level of decision-making.

Some of these blocks affect the client’s progress in the present time, others may have presented significant hurdles in the past, leaving unresolved challenges that continue to influence their life to this day.  Very often, the client is either avoiding making a decision, or is not committing to the decision that was already made.

A rich literature has been built since the 1940s, aiming to help individuals and organizations reach “optimal” decisions.  Distinctions have been drawn between risky and riskless choices, between perfect and bounded rationality, and between normative strategies and descriptive models.  Yet relatively little attention has been paid to the gap between decision and non-decision itself, a challenge observed frequently by practicing coaches.

It is underestimated how many decisions we make on a daily basis.

Nobody keeps the count of how many are made, or not made, avoided, evaded, postponed, or sidestepped.  One of the reasons for our relative ignorance in this field is that most decision-making appears in the form of “unsymbolized thinking”.  This term denotes thoughts that are neither experienced through semantic material, nor by imagery.

Whenever confronted with unusual stakes, unfamiliar contexts, unexpected frames, or contrasting outcomes of equally high value, we may set the decision effort aside.  Regardless of whether this process is conscious or unconscious, many of such “unmade” decisions end up occupying our mental space, often contributing to a state of anxiety.

Unlike fear, anxiety does not have a clear object.  It arises from irreducible uncertainty that a given state of affairs involves.  But if that is so, why not simply “make a decision” to resolve the lingering uncertainty? 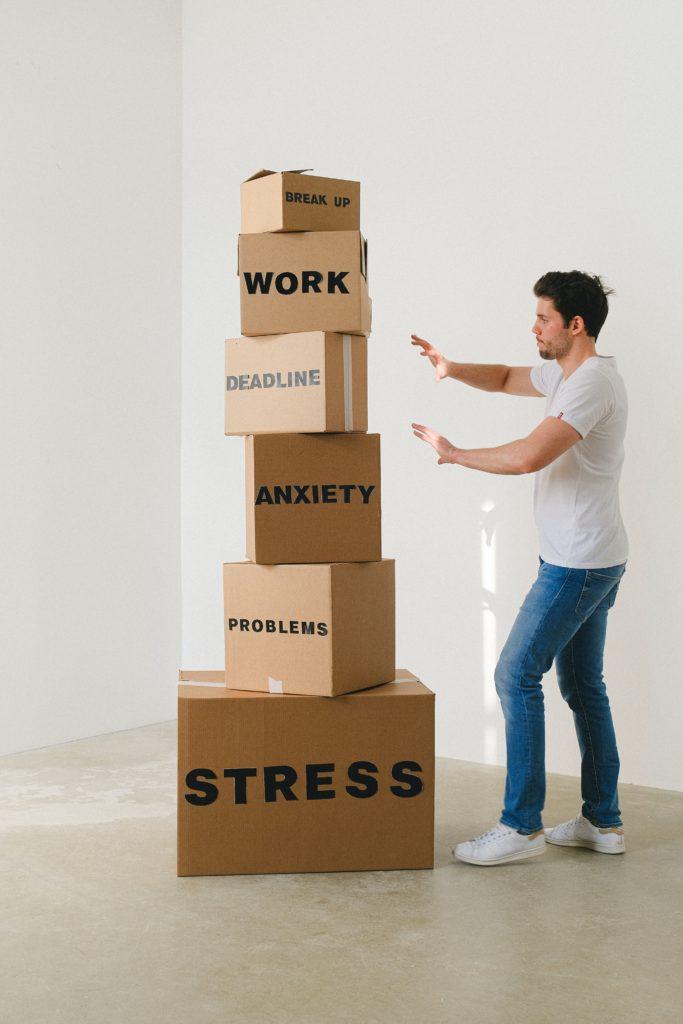 Alas, it is not that simple.  Let us have a look at three different scenarios.

In the first scenario, a decision is made, and soon consequences follow.  We are then feeling responsible for the results.  Taking credit for success offers transitory satisfaction, but taking blame brings pain and self-recrimination.  To protect ourselves against this mental pain, we tend to perceive our own past decisions as “inevitable” or “necessary”.  This contrasts with our view of other people’s decisions, which we consider as results of their free will.  This gap between the first-person and third-person experience is referred to as attribution error.

But what happens if we refrain from decision-making? Here’s the second scenario: “No decision”. It preserves the status quo and entrenches the routine.  As a result, any unfolding changes to the state of the affairs can be attributed to external drivers (“it’s their fault”).  Abdication of responsibility may also intervene earlier in the process, for example, by default to “external impulses” which are expected to tip the balance for the subject – this way or another.  The same happens if we let others make the decision for us.

There is also a third scenario, in which our cognitive process recognizes that owing to “no-decision” in the past, the situation has become worse.  Counter-factual thinking (“I should have…”) can be as painful as the self-recrimination observed in the first case above.

As we see, it is not always obvious if making a decision is better than not making it.

Helping clients realize this will empower them to acquire a more mindful attitude to choice-making.  How?  First, there is value in postponing the decision if gathering additional material would help determine the best option going forward.  Secondly, the dreaded “big” decisions can sometimes be broken down into many smaller choices, and they can be approached by starting with making smaller decisions.

Let us take a look at four different cases that may emerge from initial answers to these high-level questions:

A. The Client has no idea which option to take

B. The Client tends toward one particular direction but lacks confidence whether this particular choice is the correct one

C. The Client is overwhelmed and does not realize that the solution to her/his state consists in making a decision

D. The Client has already made a decision but has not fully committed to it.

For example: “I don’t like my job. What can I do instead?’

The main hurdle here is insufficient knowledge of the available pathways. The coach’s role consists in helping the client to start exploring various options, obtaining more information, and/or testing the ground in order to fully move forward.  This is an important step, as the client may have not formalized the decision-making process.  Concrete verbal concepts, such as “options”, or “alternatives” do not typically surface during the tacit, automated determination of whether to, for example, turn left or right.  Such unconscious automatisms are then applied to more complex trade-offs.

For example, a client may agonize over whether her/his career will benefit from going back to school or following additional training.  Often, however, they don’t even know if they actually like that particular subject.  The coach’s role is to help them come up with various ways to identify valuable sources of information, attend weekend workshops, connect to people in that sector, or read books that cover this field.  Each small decision will be associated with positive or negative feelings, thus helping the client move further in the process without the need to extricate a “perfect” decision from a complex logical matrix.

This preliminary process will help the client to face the decision-making hurdle in a more informed fashion, but the information in question is not purely about external values of options.  Rather, it integrates their interactivity (including the affective states) with the new environments that unfold on the way to the final choice.

CASE B.  “I have an inkling of the direction to take, but am scared to move forward.”

For example: “Should I stay in my current relationship, or should I leave?”

Since the main hurdle here resides at the emotional (anxiety) and spiritual (self-confidence, self-esteem) levels, the coach should approach it with several steps.

Step 1.  Encourage the client to take smaller decisions and contingent actions, instead of a sudden, major step forward.  If someone is not happy with their current relationship, let’s find out what are some of the aspects that can be associated with this state of unhappiness.  Is it communication?  House chores?  Intimacy?  Finance?  Quality time?  Other commitments?

Step 2.  Once this area has been identified, make a sequential decision to improve on that specific aspect.  The client should be given time to see how they feel as a result.  Maybe they will realize that the missing component is something that can still be repaired.  Alternatively, should that not be the case, this conclusion will also help with a decision. 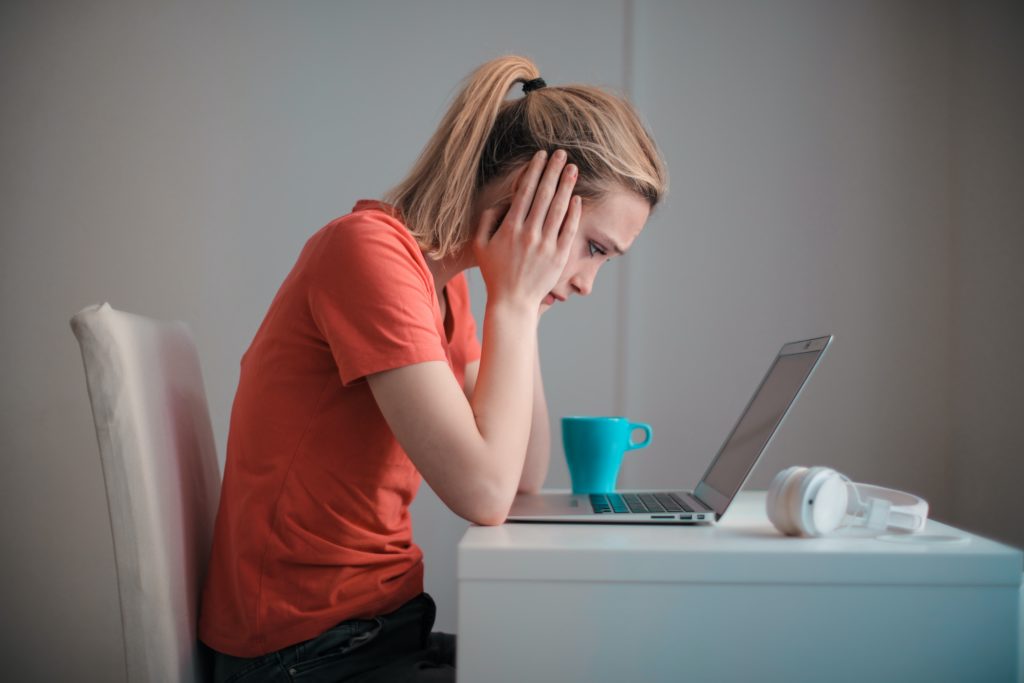 For example: “I want to build my own business but I’m overwhelmed with 3 children and just can’t get it started.”

When the coach hears such a sentence (or similar expressions of this state of mind), s/he should be alert to the possibility that the client is not realizing that there is a decision (or multiple decisions) to be made.  Going through the decision-making process will help alleviate the coaching client’s pent-up burden of unresolved situations that have accumulated from the past due to indecision.

How should the coach approach it?

In this case, the client is convinced that she has to dedicate every minute of her time to her family.  She doesn’t realize that she doesn’t “have to” do this.  Rather it was a “decision” she unconsciously made, and she could make a different one.

Step 2 – VALUES.  Once we realize that there are options, what is the decision to make?

Here, the client should be encouraged to clarify their values/priorities, and help them to see if their prospective action is aligned with their values.

The coach helps the client clarify what these values or priorities in life are.  Is it stay-at-home Motherhood?  Or an international executive?  Or there any possible options in the middle of the range, such as running the business from home?

For example, if she values her professional growth highly, then she can make a decision to find time for her business – for instance – in the morning before everyone wakes up or at night after everyone goes to sleep.  However, if she values her family time above everything else, then she may need to adjust the timeline of starting her own business accordingly (e.g. until after the kids have moved out).

For example:  “I’ve decided not to work on weekends, but it’s tough for me to abide by this new rule”

This happens whenever clients have not yet decided to stand by their initial decision, or have not learned to support their own decision.  This state of affairs generates a lot of stress and chips away at the client’s self-esteem.

In this case, a coach can help them to first verify and strengthen their decision’s backbone.  For this to succeed, there are two aspects that need to be addressed – project management and emotional support.

Identify and address any component decisions and actions.  For example, in order not to work on the weekends, what system needs to be put in place?  What needs to happen during the weekdays before?  What kind of support is necessary?  Does it require extra investment in resources?  What kind of resources?

The coach also helps the client deal with any emotions arising from the confrontation with the gap between the original expectations and the initially frustrating outcomes.  Fear, anxiety or various forms of anger may arise in the process and negatively affect the client’s relationships.  New emotions will arise alongside behavioral change that follows the decision.  The exact details of the emotional work that should be performed here will depend on the client’s exact emotional reaction.  This topic goes beyond the limits of this article, but you can enquire about various techniques by contacting New York Life Coaching Institute. 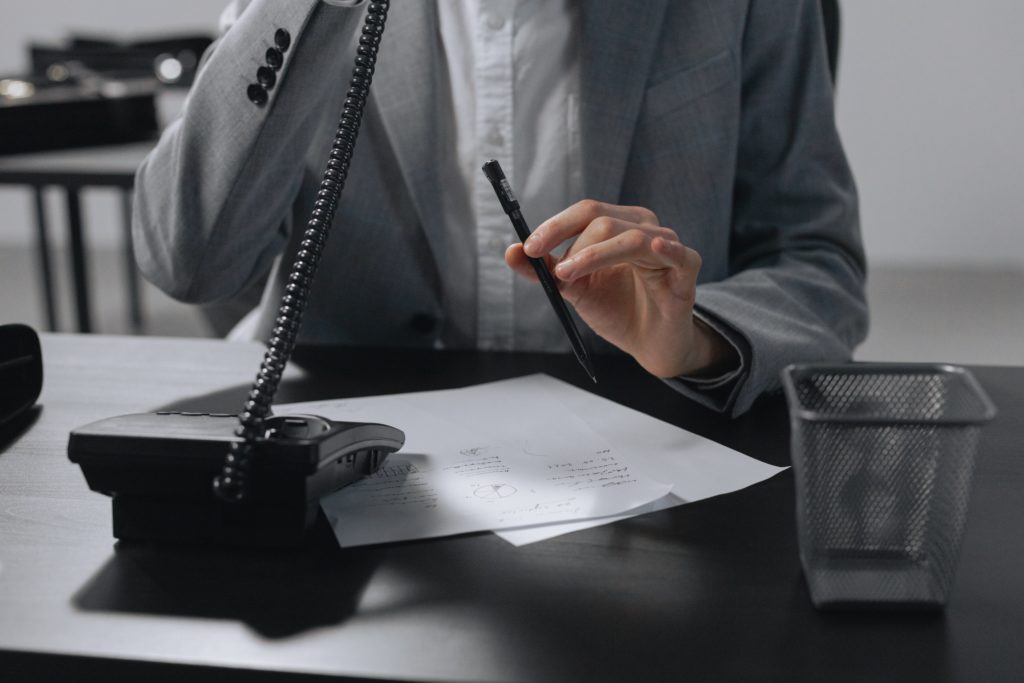 What do all those cases have in common?

They all bring the decision-making process from its proto-verbal, spontaneous “unsymbolized thinking” to the surface level of consciousness.  This “conscious” process involves verbalization and rationalization that is potentially rich conceptually.

Verbalization and rationalization also go a long way to alleviate the discomfort with the uncertainty that a pre-decision stage generates.  Some people try to resolve the anxiety that arises from uncertainty by making “any” decision. The non-rational, impulsive character of such “push-button” decisions means that actual consequences are not carefully considered.  The verbalization of the process, by contrast, introduces a more explicit effort to weigh the pros and cons of various options.

But rationalization is not as straightforward as some manuals claim it to be.  Each of us struggles with our filters and blind spots. This is exactly why interaction with a coach capable of holding space for the client is so useful in this process.

If you need help with Decision-Making, consider working with us!