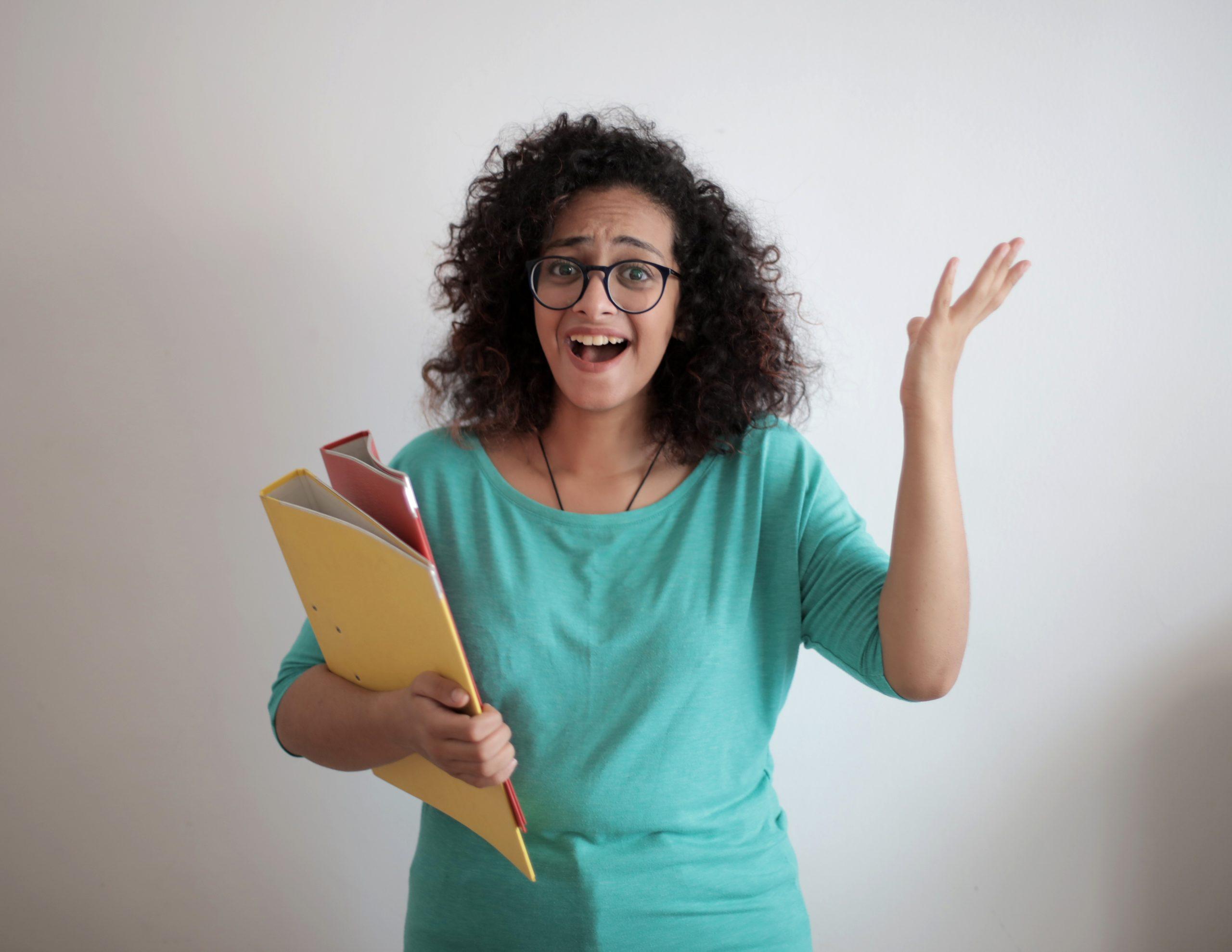 What if things go wrong?

What if things go wrong? This perennial question reflects our tendency toward risk aversion.

Whenever we undertake something that is new, non-routine, or slightly challenging, then no matter how promising, titillating, or exciting the other end of this process may be, our brain will naturally gravitate towards downside scenarios.

When we are too risk-averse, we find it difficult to advance in life. We stay immobile, viewing any action as simply “too risky”.  We dread spending our precious resources, we dread social sanction and embarrassment “if something goes wrong”, and we dread being worse off than we were before embarking on this project.

These are prospective fears – fears that do not reflect any existing threat but are projections of our imagination towards an uncertain future.

We can’t tell the future 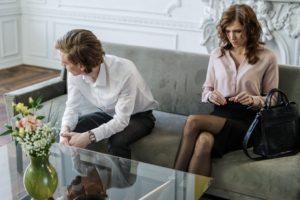 The problem is, that we have no easy way to predict the future. Whenever we try, we often get it wrong.  The future of “downside” is not particularly different here. Humans are simply not particularly good at gauging risks.  Our risk illiteracy prompts us to view prospects in black and white colors – either a stellar success or an abject failure.

However, most jobs in life do not proceed in this manner. This fixed viewpoint deprives us of our ability to act. It’s as if we assumed that when faced with “external” peril, we’d remain inert, frozen in action like Lot’s wife, a victim of the circumstances.

We almost never act in this fashion, thus the static vision of the future (and risk) is a long-distance from how things actually happen.

To understand how this misperception of risk arises, it is first necessary to parse through the terminology.  We will then propose a simple solution to combat overwhelming risk aversion.

The first of the two paradigms is Rationalistic.

From a rational, disembodied perspective, the risk is usually defined as a product of the damaging impact of a certain hazard and the probability of it occurring.  In other words, risk equals hazard times its probability.

If we adopt this definition of risk, then any action undertaken towards a goal is likely to increase the probability of being exposed to new events, some of whose impacts could affect us negatively.  Such events are less likely to occur if we just remain comfortably ensconced on our sofa.

However, this framework does not factor in the fact that the time spent on the sofa, while it may reduce the odds of being exposed to certain event risks, also burdens us with other costs (such as opportunity costs).

To reduce the level of any potential hazard emanating from our actions, it is vital to avoid high-impact, potentially devastating hazards.  The equation (the level of “risk”) may be maintained, but we have now undertaken an action, potentially advancing on a path towards a new goal.  We have mitigated the risk while avoiding high-impact hazards.

In other words, if you think that the probability of something risky increases, try to reduce the impact of that hazard.

Or, if you can’t reduce its impact, see if you can reduce the probability of it occurring.

For example, someone is launching a promotional campaign in unfamiliar neighborhoods.  Although the mere decision to drive around appears harmless, the roads are unknown, with many blind spots.  The person decides to drive very slowly in order to reduce the risk of an accident.  She is taking action but is also reducing the potential severity of the impact, should an unforeseen event occur.

This kind of rationalistic view of risk may appeal to theoreticians, at the emotional level, humans hardly ever view risks with a clinical clarity of potential outcomes.

Luckily, there is the 2nd, more Realistic paradigm.

In reality, impacts and probability are inherently difficult to measure. Human perception swings between the fear factor and the control factor.  When dread is combined with a lack of control, the risks are perceived as very high.

For example, we are less scared of traffic accidents when we drive and are more apprehensive when we are passengers.  The perception of control can be also influenced by other factors: 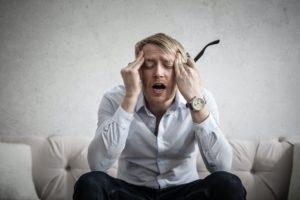 The decision to operate a plant is taken top-down, the source of the hazard appears to people as unfamiliar. The accidents may occur suddenly, and the population does not trust the providers of assurances regarding the operation.

To increase the perception of control (and thus reduce the risk aversion), it is possible to steer the Action Plan towards recurrent actions that are assumed voluntarily. And it will be easier if we are comfortable with the sources of information about the potential hazards on the way.

The fear factor was studied in detail by Kahneman and Tversky, the authors of Prospect theory.  It incorporates four components:

Their findings explain why humans fear losses more than they enjoy equivalent gains.  It also explains the lure of inertia, which, keeps us from engaging in activities in the first place.

In everyday life, this view of risk often assumes that a loss is total and that gain is absolute.  This is a trap of perfectionist thinking.

We can avoid this trap by implementing imperfection. One ingenious way to do this is by employing the so-called failure rate.

Let’s pretend that instead of aiming for 100 percent success, we offer ourselves some leeway in the project we’re working on. For starters, let’s say a 75% success rate is “good enough.”

On the flip side, if we don’t do this explicitly, then we will unconsciously always set the bar at 100%.  And 100% is darn hard to reach on each turn, thus inviting self-defeating inner monologues.

It’s easy to view failure as externally driven (while successes are always my own merit!).  But this system allows us to let failures be what they are, and they often are driven by our mistakes and imperfections.  Paradoxically, therefore, mistakes become success boosters!  Especially when they are planned. 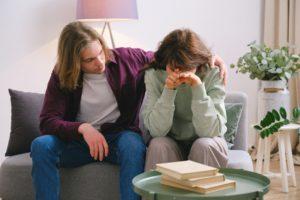 A failure rate of 25% is just that – a planned mistake.  By planning failures, we have resumed a level of control over the risk of a loss.  Our mental aversion to uncertainty has been vanquished by this closure.

And this inverse scale works further down the ladder.  If you want to be even more successful, then plan to double your failure rate.  It’s that easy.  You will start loving mistakes!

When we fear losses, we refrain from taking any risks and end up stuck on the sofa.  No event risk alright.  But nothing else either.

Errors, mistakes, mishaps, misadventures, trip-ups, and small losses are the proof that we actually do something, try something new, and stay active.  If we “plan” for them, by assuming a failure rate, we stop obsessing about something potentially going wrong.

The failure rate becomes something that I can target.  But if I don’t reach the rate, it is not necessarily good news.  It might mean that I don’t take sufficient risks.  And risks are an important source of learning.  Any realized hazard, as planned in our assumed failure rate, opens us to negative feedback.

We can look back and find out where the mistake was made, why this happened, and how to course-correct and avoid it next time around.

So if we are too risk-averse, because we dread the low level of control or because we can’t gauge the probability of an untoward event occurring, then we should double or triple our assumed failure rate.  And then act.

Here’s an example.  Let’s say I am cold calling prospects.  If I don’t set a failure rate, then, depending on my mental make-up and my experience, every single rejection may feel painful.

However, if I do this assuming a 90% failure rate, any positive reaction will feel like a huge win.  If 90 people out of 100 say “no”, I will still be successful because I now have 10 in the pipeline – and that’s a great start.

The remaining 90 rejections are not something devastating, but something that “I” planned for with a failure rate that “I” have set.  It was my decision.

This simple procedure reduces the inherent fear factor in facing risks by reorienting the sense of control.  Is there something you want to be/do/have but you’re avoiding because of the fear of failure?

Try this! Aim for failure, and it will take you closer to success!

Are You Ready to Answer Your Calling?