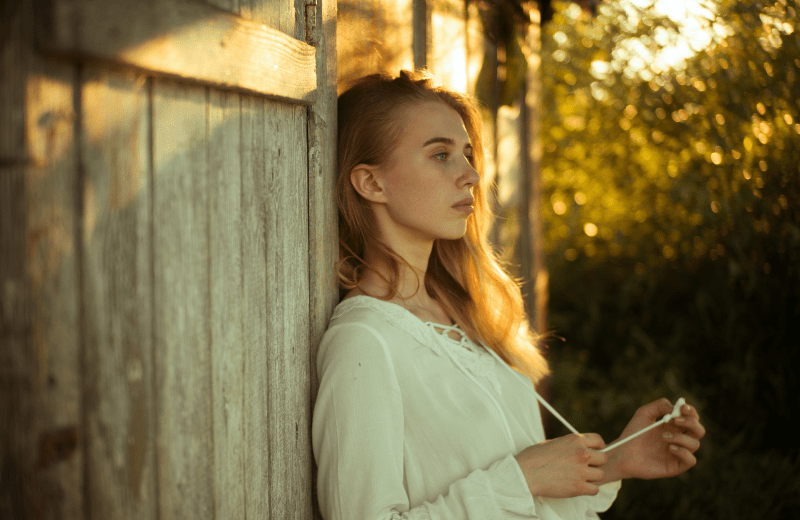 Where do Emotions Come From?

Emotions are with us since the day we are born.  When we develop as infants, we develop emotionally – in response to our environment, other people, and literally every element of our life that we either like, dislike, or fail to notice – colors, food, pets, and situations.  As we grow up, the emotional intensity of certain experiences rises or falls away.

And yet, most of us were never taught what emotions are, why they are here, and what to do with them.  We are at the mercy of the ebbs and flows and we have a natural tendency to hang on to anything we perceive as “positive” emotions while avoiding “negative” or uncomfortable emotions at all costs.

Emotions that are experienced as “positive” help us build an optimistic attitude, appreciate our life, or acquire new skills.  But we usually fail to appreciate that the emotions perceived as “negative” also play an important role in our lives.

First, many of them may protect us from danger and lead us to examine unmet needs.  And they provide the vital contrast against which we can relish the brighter moments in life.

Together, emotions of all colors and hues can be harnessed to serve as an inner compass to guide us through life.  They are a readily available source of deep wisdom.

Each emotion is a messenger rich in meaning.  Anger protects us from exploitation, restores honor, and can be transformed into a determination to act.  Fear has developed as a survival mechanism to protect us from an identifiable, external danger; it heightens awareness and prepares the body to protect itself.  Sadness fulfills an important function to heal psychological wounds and can be transformed into love and compassion.  Guilt brings forth our ethical boundaries without which our social, relational life would fall into chaos.  Anxiety stems from intolerance of uncertainty and a desire for “closure”.

We can all learn how to observe emotions and gain access to valuable information they carry.  This is what emotional literacy consists of.  Alas.  Observation of one’s own emotions is easier said than done.  Ideally, the learning process should be assisted by a professional, such as a life coach or a therapist.  When emotions are not approached wisely, the reaction to them could become harmful.  The coach’s monitoring role is therefore critical in this cathartic process.

We can distinguish among five major classes of primary emotional states: fear, anger, sadness, anxiety, and various types of self-blame.  We will first explain the mechanism of emotional arousal and then explore access points that can be utilized to develop emotional literacy.

People differ in the ways in which they handle ‘bad’ experiences.  Those who view them as largely temporary, local in nature, or caused by external factors tend not to be affected for long.  But other people remain deeply impacted and emotionally scarred by even minor events in their life.

The initially strong emotional reaction to a particular event has the power to infect memory, making it “sticky.”[1]  Such emotionally laden “negative experiences” seem to forge more persistent pictures of the past and they are further aggravated by rumination about counter-factual scenarios (“What would have happened had I only done…”).

This is how emotions influence our cognitive apparatus, often making us remember what we would rather forget.  Anger, sadness, and general anxiety are often durably associated with such emotional-cognitive processes, long after the event itself has lost its salience.  Without proper awareness or healing work, some people may be marked for life.

Certain authors distinguish between primary “emotions” and “feelings” which infuse emotions with specific meanings generated by processing in the cortical parts of the brain.  This is a useful distinction, albeit not yet fully reflected in everyday English use.

In accordance with this distinction, emotions are primary, while feelings add a layer of cognitive complexity, including reappraisal, labeling, and contextualization.  Sometimes, this cognitive activity may be prompted by the ambiguity of stressors.  On other occasions, the transformation takes place over time.  For example, fear of danger is a primary emotion, but fear of my own helplessness adds a layer of judgment regarding this situation and is best characterized as a feeling.

Emotions are felt in the body

Emotions are detectable as physical sensations in specific parts of our body.  They can be identified by their location, a certain intensity, and sometimes a sensation movement.  Some people find it easier to visualize them as a form of “energy”.

As we were taught in physics classes, the energy never really disappears.  It is either transmitted, transformed, or “lost” to heat and radiation as a result of dissipative forces.  By analogy, whenever people resist a certain emotion, they block it out of their consciousness.  Yet it does not mean that the associated energy has “ceased to exist”.  The repressed energy may simply accumulate somewhere in the body, and later compel us to act in a non-constructive way. 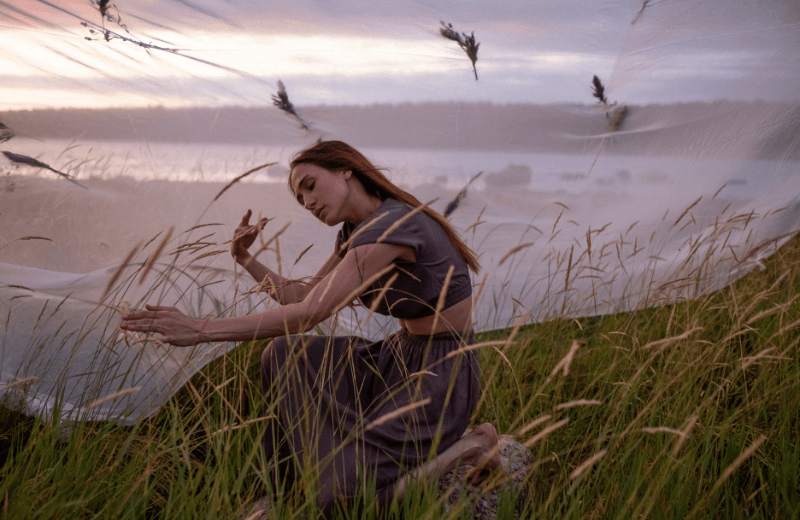 Before we look into the characteristics of specific emotions, it is useful to first review the physiological aspect of emotional arousal.

The process can be described as traversing three stages[2].

During the first stage, primary emotions are generated in the limbic brain in response to an external stimulus, such as pain, loss, threat, restraint, or other violation.  The brain identifies the stressor and reacts with a limited repertoire of emotional states.

This initial process lasts between a nanosecond to about 90 seconds.  Most people never had a chance to learn how to go through those first 90 seconds.  Rather, as children, they were told by adults how they should feel.  Commands such as: “Don’t cry”, “Don’t shout”, “It’s no big deal”, “Smile”, and “Be nice” are commonplace.  As a result, by the time young adults deal with their hormonal revolution, they are already disconnected from their real emotions.

It is possible to counter this secondary effect and help the nervous system to gradually return to homeostasis.  One way to achieve this is by engaging our prefrontal cortex and deciphering the message that emotions carry.

The deliberate activation of the Physical Aspect of Being, including breathing, body shake, or grounding, presents another avenue to counter the emotional effect.  At New York Life Coaching Institute, we pay particular attention to this second avenue, as it is commonly ignored in the above intuitive coping strategies.

The third stage of emotional processing corresponds to the development of secondary emotional stages.  These evolve over longer periods and may take from days to years, employing much cognitive (cortical) activity.  During this “Latency Stage”, the processes of repression, projection, and displacement transform the original emotional material.

Typically, life coaches meet their clients during this 3rd stage.  When the clients are asked how they are “feeling”, their answers already reflect the confluence of the emotional and cognitive material:

“I feel the other shoe is going to drop.”

“I feel that I cannot trust him.”

Such statements do not point to any detectable primary emotions and most cannot even be described as “feelings”. They are rather ‘thoughts’ than ‘emotions’.

Why does this confusion arise?  Because, just as we are told how not to feel, we are also encouraged to cogitate, and we are rewarded for thinking rationally.  After so much educational stimulus, this mental universe “feels” much more familiar than the emotional landscape.

The challenge is to find a way back to the original trigger.  Over the last century, many therapeutic approaches have been proposed to achieve this.  The approach developed by New York Life Coaching Institute uses access points through the Physical Aspect of Being (or Body, the “B” of BETAS System).  It assumes that emotional memory is not limited to the brain and can be accessed by reversing the physical process via the body, the muscles, the nervous system, and the blood flow.  You will find more about this in our future articles.

Let us return to stage 2 of emotional processing.  At the prototypical level, there are only three strategies available to respond to strong stimuli.  Emotions can be either externalized (what we call a fight strategy), internalized (freeze strategy), or moved away from (flight strategy).

Externalization is a ‘fight’ response. It involves moving outward or acting out.  People externalize their emotions by disowning them and projecting them onto others – often on people whom they perceive as hostile.  In extreme cases, they will react with outbursts of aggression or worse, sustained paranoia, triggering a downward spiral.  There is a whole range of outward symptoms of externalization:

The second strategy is the “flight” response, which is an attempt to move away from the perceived stimulus.  There are many external symptoms emblematic of the flight strategy:

Various forms of compulsive behavior may be employed in this effort, including addictions (bulimia and anorexia, sex addiction, gambling), obsessive workaholism, binge Netflix watching, social media dependence, shopping sprees or use of various substances (including that evening drinks, cigarettes, vaping, drugs or various forms of medication).

In addition to such compulsive behaviors, flight strategy can also be associated with other escapist tendencies, including running away from a place, obsession with gadgets, strong mental focus on the past or future (away from the present time), distraction by humor, and attempts at mind-reading.

Internalization is a “freeze” response.  It involves moving inward or suppressing emotions.  Typical symptoms of internalizations include:

Internalization is associated with certain behavioral tendencies, the most common of which are: withdrawal, doubting, self-criticism and procrastination.

When aversive emotions are repressed, positive feelings may be likewise numbed.  So, instead of making the “negative” experiences disappear, this process may sweep up many other emotions, leading to depression and a sense of worthlessness.

When the process is repeated, internalized emotions can become somatized.  The somatization may cause varying degrees of tension in the body, with a range of psychosomatic ailments, including headaches, hypertension, cardiovascular disease, and possibly even cancer.

Want to become a Life Coach? Learn more about our Certification Program. Need a life coach? Check out our coaching services.

[1] A popular quip claims that the “amygdala never forgets”.

[2] The example that follows illustrates only aversive systems, not pleasure systems, such as desire, pleasure, and affection.