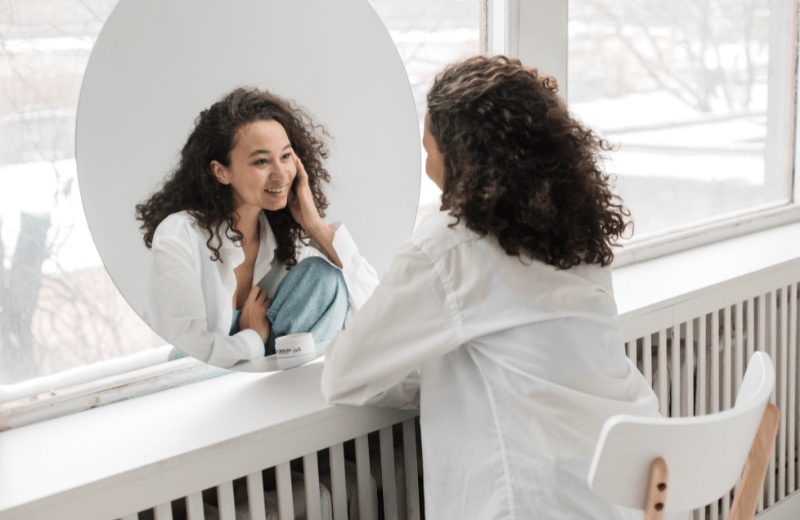 How You Talk to Yourself Matters

“It just hasn’t happened for me.”

How often do we say things like this?  Or a variety thereof.

Is there anything wrong with this sentence?  And if so, what is it?  Let us examine how we structure our thoughts concerning our own role.  It is possible to analyze such thoughts because of their verbal emanation.

The commonly repeated phraseology may be something calqued from other people’s discourses. Still, if resurfacing often enough, they become part of the speaker’s self-image and reflect a deeply-held belief.  In other words, such statements are not merely a fleeting surface phenomenon but a mirror of the inner monologue.

Humans, as complex language users encapsulate their explicit thoughts in various ways.  Because of our capacity to use language as a means of communication with others, we adopt its syntactic features to conduct our inner monologue as well.  The semantic material contained in such syntactically structured, “verbal” thoughts is deeply meaningful even though we often run this material through our heads without actually pronouncing this content aloud.

In other words, we structure the verbal thoughts as if they were sentences to be pronounced, but we refrain from using our glottal system, palate, tongue, alveolar ridge, teeth, and lips to make them audible.

This has several consequences.  One of them is speed.  The speed of thought, even the ‘syntactic’ thought, is different from the time necessary to pronounce the crafted sentences that ring around our heads.

Another one is logical consistency.  By exteriorizing our thoughts audibly, we subject these thoughts to a test.  A test of inner logic – and possible discrepancies that our ears may sometimes capture.  And a test of social acceptability – whenever feedback is obtained from other interlocutors.

None of these tests are present when we weave ‘syntactic thoughts’ in the comfort of our heads.  And no speed limit is imposed.  Their construction features a few rules: some vague grammatical correctness, free association of ideas, and convoluted connections between arguments.

Unlike audible sentences, they also benefit from scraps of illustration whenever they are accompanied by imagery – itself based on visual memory, imagined, or a combination of both.  This feature, unavailable to our audible monologue or conversation, gives the ‘verbal thoughts’ unique vividness and often legitimizes the process by making it uniquely enjoyable, and uniquely “ours”.

It’s all fine and well.  Having a brain full of thoughts is one of the features of being human.  From the moment we master our first language around the age of three, it is likely that our heads will forever enjoy connecting subjects with predicates, direct objects with indirect objects, noun phrases with prepositional phrases, and so on.

The problem starts when the thinker’s concept of “I” inevitably appears in those verbal thoughts.  No other element in the universe carries more weight in our inner life than the ubiquitous “I.”  The “I” is always with “me.”  And most of my thoughts will reflect the universe and my within it.

In English, as in most Indo-European languages, the pronoun “I” will function syntactically as a subject, or an object (direct or indirect).  Even in most non-Indo-European languages, where sometimes a concept of “I” may be rendered by a different lexical category than a pronoun, its approximate functioning in a sentence can be assimilated to our familiar “subject–object” structure.

It does matter where in our thoughts we position ourselves.  Are we an active subject or a passive object?  Do we function as agents influencing our environment, or are we the victims of the surrounding world?  Do we picture ourselves as capable of affecting change, or are we subjected to the latent hostility of the forces of the universe?

Do we play a role of a decider, or are we at the receiving end of the overwhelming power of nature and society?

Simple sentences will often reveal this inner world and the relative responsibility apportioned to “myself” and the “environment.”

Let’s take this common example of a corporate employee considering launching her own business:

“If I become more successful, my business will take over my life.” 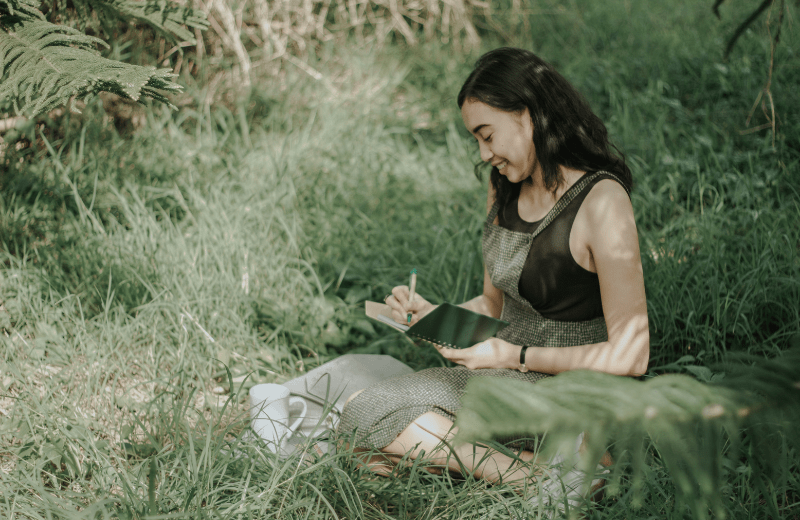 Here’s an example of someone who has taken the initiative to experiment with an alternative career pathway.  Maybe more than a thought experiment. Perhaps she even tested the market responsiveness to her idea.  But, as in most business ventures, we deal with future cash flows.  And future cash flows are subject to uncertainty.  To reduce this uncertainty, the prospective businesswoman is (correctly) assuming that she would need to expend resources (time, attention, energy, money) to make things work.  And then?

And then her sentence reveals abdication of responsibility.  It is “my business that will…”.  By crafting this sentence, she conveys the meaning of some higher power that turns her baby into a Frankenstein, more powerful than her problem-solving ability.

This is an excellent example of ‘subjectification’ – turning other elements in the universe into Subjects and, by extension, reducing our agency into Objects.  Subjectification is, therefore, accompanied by objectification (or reification) of the “I.”

Many scenarios of future outcomes are structured like this.  We assume the worst-case scenario or even full trees of allegedly logical scenarios, and position ourselves at the tree branches as passive receivers of God’s ultimate Will.

Such thoughts (or even entire systems of risk analysis turned into a business by crafty consultants) conveniently omit the fact that when even the TV tells us that a tsunami is coming, we don’t just stay put like Lot’s wife, but grab the car keys and drive to higher ground.  And in millions of other, less dramatic circumstances, WE ACT.  We are not passive objects, as the reifying thoughts about the future portray us to be.

What?  Or rather, who?  The “it” in this sentence denotes a product.  The predicate contains a negation.  But the surface structure turns the product into the active agent.  “It”, the product, didn’t go out there to “sell” well.  The confusion stems from the inherent ambiguity of the verb ”to sell”, which can conveniently function in English with a direct object (“I sell the product”) and without it (“it sells well”).

However, as a business owner (or as a salesperson), l am responsible for selling it.  It’s a convenience of the verbal ambiguity that invites me to default to the object-less form of the verb and thus abdicate the responsibility for the success or failure of the sales result (in this case, failure).

Why does it matter?  Because only by assuming responsibility for the sales results is it possible to readjust the strategy, the program, the marketing, the associated structures, etc., to be successful in the next period.  Simply avoiding the responsibility by twisting the thought and objectifying our role, we may miss this opportunity to turn the sale into a success three months later.

“Alcohol has control over me.” 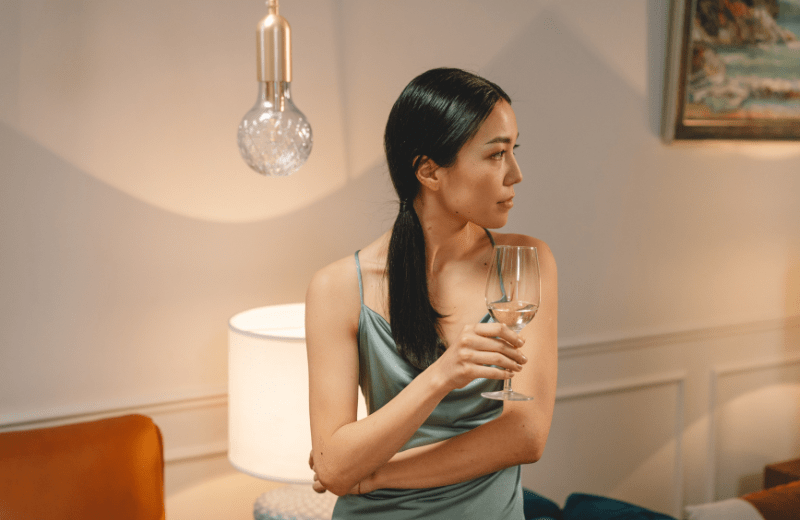 This is not to deny that alcohol content in even the best wines can be mildly habit-inducing.  That is true for many products that we ingest, and the food and drink sector knows it well.  It is, however, our role as human beings to be in control of our actions.  Products, whether cupcakes, chocolate, soda, ice cream, martinis or chips, have no lordship over us.  We are the ones to go out to the store, spend money on them, bring them home, put them into our mouth and relish them in the process while feeling guilty once the palatal satisfaction wanes, which it inevitably does.

Taking responsibility for such actions starts with rephrasing the above sentence and positioning ourselves as the dominant subject.  Products are never subjects.  They can’t act.  They can’t control anything.  At least until AI changes our world, but that’s for another article.

Sometimes, such passivity is expressed via reflexive structures, for example:

“I find myself needing rest instead of marketing my business.”

Such structures are only superficially positioning the speaker as a subject.  All that the subject does is observing itself (himself, herself) as a subordinate to some mysterious influence.  This tacit influence generates cognitive or emotional effects (confusion in the former, rest in the latter case).  It is as if the speaker is passively observing something, with no power to take responsibility or to make any decisions.

Such cognitive/emotional self-observations are often attributional.  They reflect a certain rigidity of self-image.  Here’s a common example:

“I have a ‘deeply ingrained belief’…”

A statement often follows this introduction that this “belief” is bound to justify.  It is, therefore, not the subject who elects to hold a given belief but an unmovable object that fills his brain and sets the rules.

In reality, beliefs are those persistent thoughts a person focuses on, instead of something that cannot be supervised with consistent, conscious effort.

A vision of the universe and our role within it arises. The world is constantly acting in potentially threatening ways.  What is our reaction to it? Passivity, subordination to confusion over which we have no control.  And ultimate rigidity, as ingrained in our beliefs.  We are disarmed, vulnerable, and exposed to the vicissitudes of life, with various elements of this universe acting as Subjects that affect us directly or indirectly.

Whether these are powerful tsunamis or tiny, over-sweetened cupcakes is immaterial, they are in control.  We observe their action.  And the most common conclusion is:

It is not clear where this view of the world originates, but it is most likely fostered in early childhood when our consciousness is formed alongside first language acquisition.  Since at this early stage of life, we are completely dependent on other adults for our survival, “subjectification” of our actions proceeds by fits and starts.

Worse, it is often punished with negative feedback (and punishment) when our inchoate actions go astray.  So we grow cautious, learn survival skills and often accept that the powers around us have more to say than we do.

There are some cultural differences, and we notice that some societies are more passive than others.  That is because the early socialization process differs among various cultures; some consciousness-building develops parallel to socialization.  The increased perfection of language use facilitates both.

But these hypotheses should not serve as excuses.  It is never too late to adjust our inner monologue. Change those sentences that put us into a passive position, and take on the roles of active, responsible, and engaged.  Our thoughts will affect our speech.  And our speech will influence the world.

If you want to learn how to do this for yourself, or to coach your clients to speak/act in a powerful way, our January Life Coach Certification and Training Course is open for registration now.