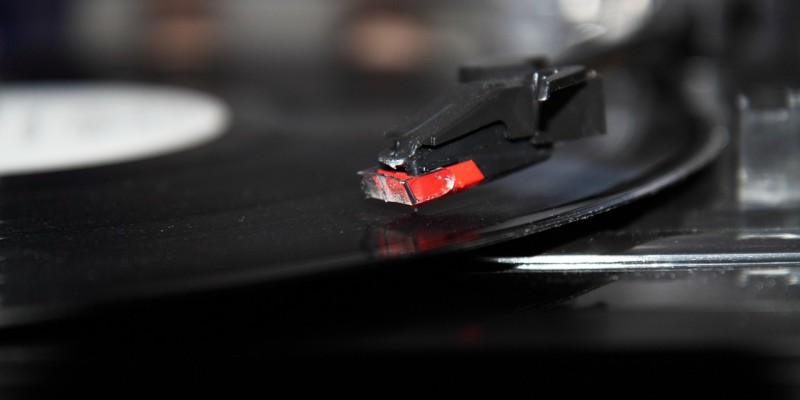 A few months ago I wrote about the song of the summer, Lady Gaga’s “Born This Way.”  At its height, the song was somewhat of my anthem—I played it on repeat for weeks.  But now that Gagapalooza has died down a bit, the sassy songstress appears far less frequently on my playlist, though I still find myself hum-singing the chorus—without thinking—throughout the week.  Gaga, I love ya girl, but you’re not so good as a broken record.

Having the same song stuck in your head can be maddening.  Even the best tune goes bad when it’s on repeat in your brain.  But what about the other broken record—the one that doesn’t have a beat?  I’m talking about the thoughts and feelings we have programmed into our cerebral iPods through repetition that, like this year’s song of the summer, end up resurfacing, often without us realizing.  For most of us, the broken record of our self-talk is far worse than last year’s pop song:

The good news about broken record syndrome is that there is a solution (both for the self-talk and the songs).  Break down your broken record in three steps:

Before re-programming your cerebral iPod, you have to take an inventory of what’s on it.  Pay attention to the thoughts and feelings you repeat to yourself, especially in moments of decision-making, stress, or pain.  What types of words and phrases top the charts?  In my experience, “to be” is a platinum couple of words that have the power to define how we feel about ourselves and our abilities, as well as our relationships with other people:  I am a perfectionist.  He is lazy.  We are hopeless.  Pair a similar “to be” phrase with a generalization like everybody, nobody, always, or never and you have something equivalent to “The Song That Doesn’t End”—the worst of the self-talk songs: Everybody thinks I am stupid.  She never is there for me.  We always are fighting. Listen closely.  What “to be” phrases are the biggest hits in your head?

In order to wipe out the old music, you’ll have to replace it with something new—something totally different than what you were playing before.  When the record player in your head starts spinning that familiar sequence of “to be” phrases and generalizations—drown it out with a new groove.  “To be,” for example, suggests that something is a universal fact.  Quite morbid if the “to be” is a negative thought about yourself.  Replace that “to be” phrase with “it seems to me,” which immediately changes the tone of the tune.  Phrased like that, a “truth” transforms into a perception, allowing you to judge whether it is valid or lacking proof.

Or, better yet, replace your negative “to be” phrase with a positive one—what you aspire to be or desire—and sing it louder.  Practice saying this new phrase out loud.  (Visual people can practice focusing on an image that represents their positive “to be.”)

Step #3.  Watch out for new versions of old hits.

Uh oh!  Just when you think you’ve wiped a song from your self-soundtrack, a cover version takes it place.  I’m talking about “Yes, but…”  These are phrases that start off with something new—positive self-talk—and end up on the same tune.  Tracks like “Yes, I did pretty well, but it could have been better.”  My favorite trick for erasing a “Yes, but” is to simply switch it around.  Take the above sentence and flip it to “It could have been better, but I did pretty well!”  By ending on a positive note, a broken beat becomes an uplifting anthem.

As for Gaga?  I archived her once and for all by mixing up an autumn playlist of new artists that get me moving again.  What about you?  What will you be taking off your cerebral iPod this fall?