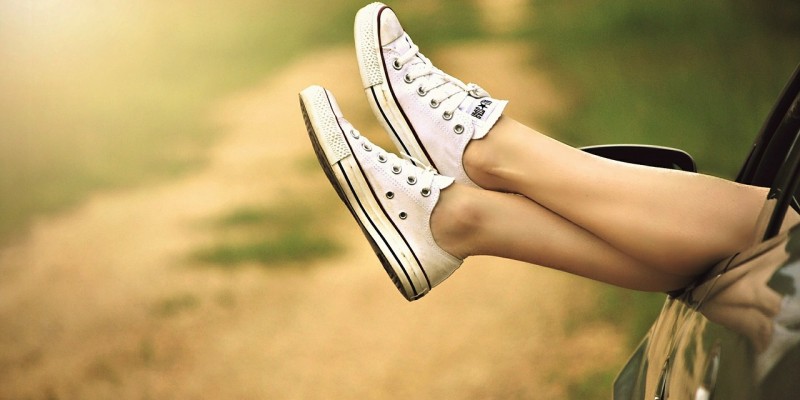 The other day, I was paging through my Facebook newsfeed when this appeared on the screen next to my friend Julie’s gravatar:

“Dear boys, when a girl gives you her number—call or text her. PLEASE. None of that ‘Wait three days’ crap. Because even if she’s an independent and mostly confident person with an awesome job and cool friends, I promise you that she’s still glancing at her phone every two minutes to see if she missed your call.”

A number of Julie’s friends agreed that dating “rules” were “stupid—an opinion I share, in principle, but the responses failed to call Julie out on one important point, in particular. What prevented Julie from circumventing the rules completely, asking for her crush’s number, and calling him herself? If Julie doesn’t want to be “chased” in between three day silences, why put herself in a position where the only thing she can do is wait?

Marie Forleo, author of Make Every Man Want You, says that rules are really just decisions we make about how to behave based on our past experiences. When we treat dating like a game, dutifully abiding by “the rules,” we disconnect from the present moment and make decisions out of fear. Thus, our experiences with the opposite sex are plagued by Don’ts and Nevers, contaminating our energy with doubt and negativity:

Don’t come on too strong.
Never call a man first.
Don’t talk too much.
Never have sex on the first date.
Don’t make the first move.
Never date more than one man at a time.

Julie was confused by her suitor’s silence because she played by “the rules” and still felt like she ended up “losing,” causing her to repudiate the game completely—exactly the conclusion an “independent, mostly confident woman,” as she describes herself, should come to. The minute a woman submits to the rules at all, she positions herself to “lose.” I’ve said it before—dating is not a game. There are no winners in the dating game, only cheaters who manipulate others to temporarily gain power, sex appeal, or something they twist into looking like love.

The reason that rules don’t work in the complex landscape of relationships is because they lead us into love on a path of fear, not self-actualization. We work hard to present ourselves in the light we think we look best in, denying integral parts of our persona so we can “win” the heart of our beloved. The relationship you gain as a reward for abiding the rules is built on the shaky grounds of manipulation—an enemy to intimacy. True love springs from authenticity, communication, and a willingness to fully surrender to another human being—values directly in opposition to the above list of Don’ts and Nevers.

In her post, “It Isn’t a Chase He Wants…” Kenya K. Stevens, better known as “Jujumama,” takes on one of these Nevers: “Never have sex on the first date.” As Stevens observes, women who break this “rule” and get burned often turn on themselves and blame their transgression for a relationship’s failure. But sex isn’t the problem, Stevens says. It is the energy that a woman brings to the bedroom. If she openly regrets her decision to violate this famous Never in the company of her lover, he will feel as though he has failed and is incapable of satisfying of her needs. So, why call her again? Better to find a partner who enjoys making love than to pursue a lover who feels ashamed of her own sexuality.

Stevens conclusions fall in line with my own experiences coaching male clients, who share how “the chase” is more like a fearful gauntlet of “ask and be rejected.” Men naturally tend to protect themselves by avoiding situations where they might be cast away. For many men, this means avoiding women who broadcast their fear of “losing” the game by tiptoeing around the invisible boundaries drawn by Don’ts and Nevers.

Now, don’t get me wrong—I’m not advocating wanton sexual promiscuity or that every woman reading this post immediately start repeat dialing the man on her mind. What I am saying is that it’s time for “independent, mostly confident” women like Julie to throw out the rulebook and stop blaming the game for their loneliness. Gone are the days when men sought a good “rule-abiding” woman. (Haven’t you ever heard the famous feminist slogan, “Well-behaved women seldom make history”?) If you’re searching for a love for the history books, it’s time to stop behaving. Julie, this means you.

Once a Beginner, Always a Beginner: Why It’s Okay to Be a Novice
Are You Worse Than a Bad Broken Record? Updating Your Self-Talk Playlist