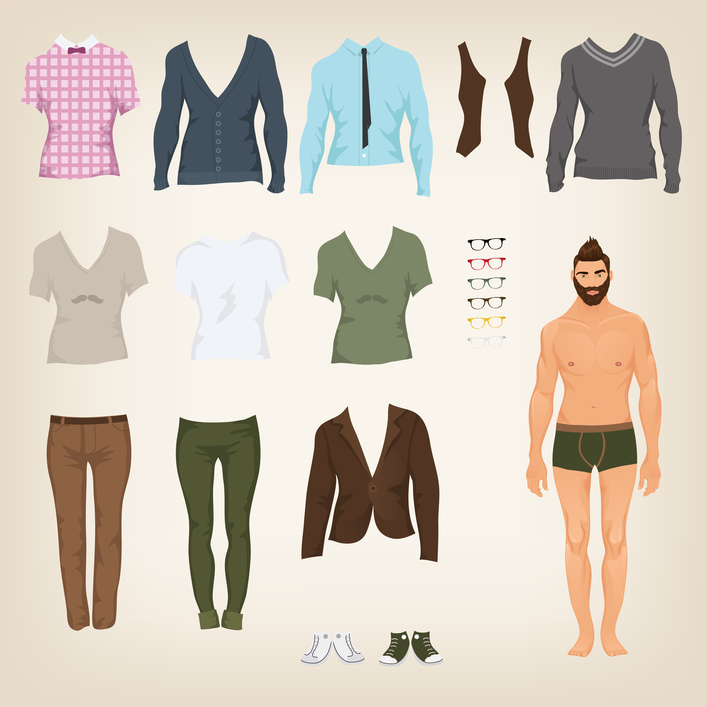 Are you dating a paper man? If so, it’s time to call it quits. You deserve the real deal.

What do I mean by “paper man”? Well, he’s the guy every girl thinks she wants to date. When described, it looks like he has all the goods. He shares your interests, has a similar vision of the world, and talks the talk when it comes to building the type of relationship you want. All in all, he’s perfect—on paper. Yep, that’s the catch. Paper boyfriends are the guys that look great in writing but don’t actually hold up in the real world. When you’re talking about them, they more than fit the bill, but when you’re actually with them, they come up short. Very short.

My work colleague, Clara, just broke up with her paper boyfriend, Alex,—or, in her case, “pixelated partner.” She met him right before leaving the city on sabbatical, so the two got to know each other via Skype and email before dating when she returned. From Clara’s side of the computer screen, Alex appeared to be everything she was looking for—he shared her tastes, her politics, her life goals. He was the perfect paper boyfriend—that is, until Clara actually dated him.

What she found out was, as perfect as Alex looked on paper, he was a mess in reality. Turns out, common interests don’t always translate into the values necessary for maintaining a healthy relationship. Clara may have found a man who professed an interest in community service and social justice—her passions—but when it came to creating that same level of peace and harmony in their relationship, Alex was far behind her.

And as Clara later discovered, paper boyfriends are hard to quit. Because they are especially impressive to our intellects, our minds often want to convince us that our paper boyfriends are real men, not frauds. (And, in many cases, the boyfriends themselves will try to do the same.) Clara put her mind in its proper place by practicing a little thing called mindfulness—and it’s what I’m going to recommend to you as a follow-up to dumping your own paper boyfriend once and for all.

Mindfulness, at its core, is about getting in touch with reality and connecting to the present moment. It’s also a powerful antidote to your mind’s persuasive ways when it comes to Mr. Paper. The cool thing is, you don’t need any fancy classes to start practicing mindfulness—you can begin right away. Finish this blog post and away you go!

Clara began with breathing. For ten minutes every morning and evening, she set a timer and “watched” her breath, meaning she stayed focused on each inhalation and exhalation and allowed coming thoughts to pass by peacefully without needing to latch onto them. Mindfulness exercises like watching your breath allow you to practice noticing your thoughts, instead of becoming wrapped up—or smothered—in them. Then, when you begin pining for that paper ex-boyfriend, remembering how perfect he seemed, you can identify it as a thought and not a reality.

Because the real thing is good. He doesn’t just look good.

The Infidelity Files Volume 1: Why Men Cheat
3 Easy Ways to Make Money Flow Into Your Life and Business—in 5 Minutes a Day!