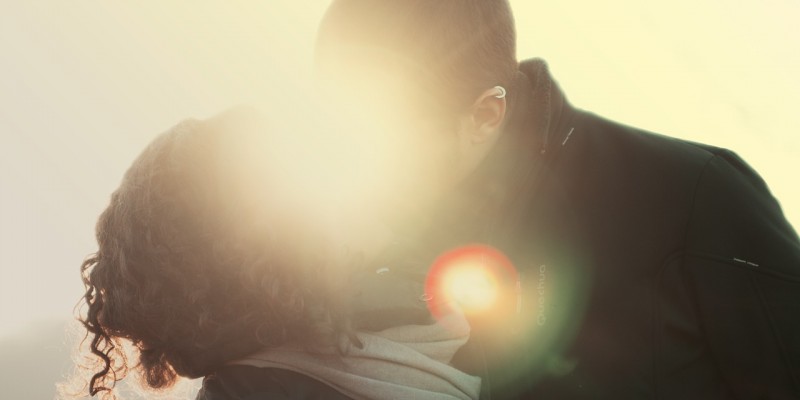 On lazy days, I love to browse the shelves of my local booksellers in search of inspiration or entertainment.  This weekend I found both.  My muse?  An unassuming brown paperback titled The Boyfriend Training Kit by Tanya Sassoon that caused me to do a double take—and later, double over with laughter—when I passed it in the aisle of one of my favorite bibliohaunts here in NYC.  The book’s otherwise unremarkable wrapper is adorned with a small pink star proclaiming it the “indispensable accessory for boyfriend owners everywhere.” A quick flip through the contents revealed, to my relief, that Sassoon was kidding—the “training” she suggests is all tongue-in-cheek, made hilarious with the accompanying score book and gold stars for “well-behaved” boyfriends.

What makes The Boyfriend Training Kit inspiring as well as entertaining is the light it sheds on the way that many women mistakenly approach relationships.  While it is clear to me that the author intended her “kit” to be ironic, I wouldn’t be surprised if the majority of Sassoon’s readers bought the book with serious intentions of “reforming” their boyfriends.  I say this because I have coached these women.  (Though none have ever ‘fessed up to using a manual to perfect their partners.)  They are typically smart, independent, high-achieving ladies who approach relationships the way you might approach a work task or a DIY project—treating their partners like putty or play-doh.

One such client—let’s call her Gretchen—felt frustrated with her boyfriend, Mark, for what she saw as a lazy and haphazard approach to his small business so she decided to hire herself as his advisor—uninvited, of course.  The result nearly wrecked their relationship.  Convinced she was making Mark a better businessman, Gretchen began calling him throughout the day to check that he was accomplishing everything on the “To Do” list she had crafted.  When Mark didn’t improve to her satisfaction, Gretchen showed up at his office unannounced and openly criticized his management style in front of employees.  On one such day, Mark exploded, shouting at Gretchen to stop mercilessly nagging him and telling her he felt she was acting more like his mother than his lover.  Gretchen told me she felt blindsided by Mark’s reaction.  “I was only trying to help!” She explained, flustered and upset.  “Why can’t he see,” she asked me, “that I love him and I just want him to reach his full potential?”

I’ll tell you what I told her.  Men don’t come with a manual—and that’s a good thing.  Your “job” as a girlfriend isn’t really a job at all.  Love isn’t about delivering results or “managing” your partner’s success but supporting him with trust and admiration.  By trying to change or “improve” the man in your life, you imply that there is something inherently wrong with him or that who he is at his core dissatisfies you.  And there’s no better way to put your boyfriend on the defensive than to tell him that he’s not good enough—just ask Gretchen.

Have a piece of advice you would like to impart to your significant other?  Fill their love tank first.  This means speaking to your partner in his love language, giving him love the way he receives it best.  For most men, this language must be rooted in respect, not criticism—however constructive it may be.  Once your significant other’s love tank is full, wait until emotions have subsided before addressing an issue.  Then, turn complaints into specific requests—no whining—and be sure to deliver these requests with grace.  Finally, have a sense of humor and a lot of creativity.  Let go of the fantasy of how your “ideal” partner would act and do some out-of-the-box brainstorming with your boyfriend to come up with a win/win that works for both of you.

So, whatever happened to Gretchen and Mark?  Well, once well-meaning Gretchen figured out that Mark needed her to back him up, not boss him around, she discovered that he was capable of managing himself—with much better results!  In fact,  as soon as Mark fired Gretchen as his “business advisor,” taking her on as a full-time girlfriend instead, he gradually opened up to hearing her feedback, even inviting her to share her insights.

Still hoping you can “train” your boyfriend a la Sassoon’s little brown kit?  Why not train with him instead?  Try taking up a hobby or a sport together.  Get in shape for a triathalon, sign up for culinary classes, or become fluent in a new language with your partner at your side.  When you’re learning together, you’ll find that you feel much less tempted to play “teacher.”

Why Every Single Girl Needs a Lil’ Faith, Hope, and Love
The Infidelity Files Volume 1: Why Men Cheat