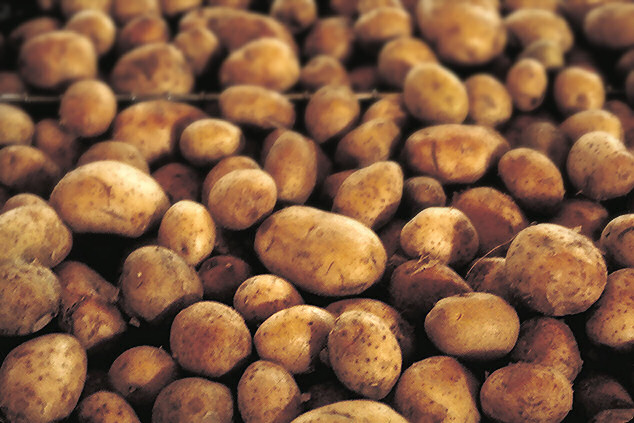 “I didn’t buy anything.” My father-in-law announced when he walked in the door.  “The potatoes were $3 each!”

My husband and I had sent his father to the farmer’s market down the street while he was visiting us a few weeks ago, thinking he’d enjoy a New York shopping experience with the colorful stalls of flowers and produce and our medley of neighbors milling about.  But the New York prices scared him back to our apartment—empty-handed—where he complained about the cost of potatoes.

Honestly, I felt irritated by my father-in-law’s stingy ways, especially because I know that there isn’t a market, shop, or store in New York where a single spud costs $3.  Here I was playing the happy hostess during his trip and he couldn’t even grab a few vegetables for a salad?

That’s when the life coach in me piped up.  Why was I really so irritated at my father-in-law?  Because he’s stingy?  Or because I am?

When a life coaching client plops down in front of me and starts ranting about how So-and-So irritates them, nine times out of ten, So-and-So and my client have a lot in common.  That’s because we are most bothered by behaviors that remind us of our own shortcomings, which means our beef is usually with ourselves, not the object of our rant of the moment.

While I was watching my father-in-law’s wallet like a hawk, building a case in my head for how stingy he was, was it me who was the stingy one?  Instead of playing the happy hostess like I thought I was, I was muttering in my head about every bit of hospitality that wasn’t returned—not exactly the hallmark of generosity.

My father-in-law is from Poland, where most people his age have a very different relationship with money than people in the States.  The Great Depression and World War II were devastating for Poland’s economy and it wasn’t until the 1990s that the country began to bounce back.  Of course, I wasn’t thinking about any of that as I counted my pennies resentfully during his trip.

Eckhart Tolle says that whatever you think people are withholding from you, that’s what you should focus on giving to them.  “Outflow determines inflow.”  It makes sense when you accept that most of what irritates you about others is something you don’t like about yourself.  With this principle as my guide, I resolved to practice generosity with my father-in-law and for the rest of his trip I treated him like an honored guest.  (No wallet-watching this time.)  Sure enough, when I attacked my own stingy tendencies, I began to appreciate all the priceless ways—humor, storytelling, and kindness, to name a few—that my father-in-law contributes during his visits.

The morning his flight was leaving, my father-in-law dashed out the door mysteriously for a “walk” and returned with a gorgeous bouquet of flowers from the farmer’s market—for me.  He nearly missed his plane but he wanted to surprise me, an act that struck me as supremely generous.

How we relate to the world around us is a direct reflection of how we feel about ourselves—the state of our inner world.  Deep down, I knew I was acting stingy—a trait I’m not particularly fond of—and that’s why I was sensitive to my father-in-law’s spending habits.  When I changed my own behavior, the nature of our relationship changed and we were both able to enjoy each others’ generosity.

Just another reminder that you cannot receive what you don’t give.  Thanks, Eckhart.

The next time you feel irritated, try turning your criticism towards yourself—with compassion, of course. You may find that what gets your goat actually is your goat!

This Is a Test, This Is Only a Test: When Stress Hits, Overcome Fight or Flight
How To Rock Your Life: It Starts and Ends with Love