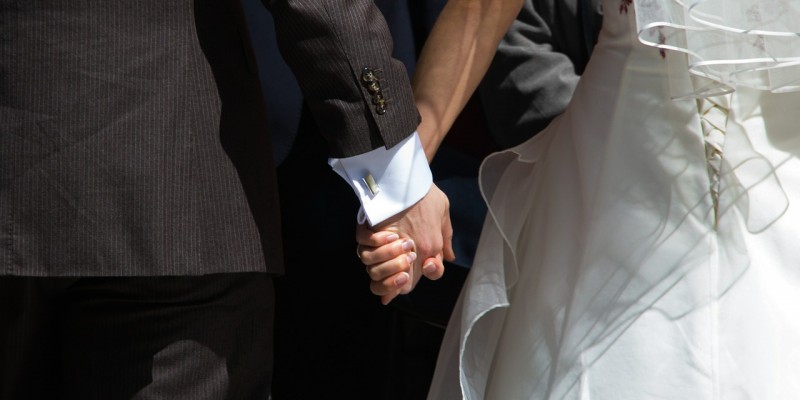 Sometimes I think that obtaining a marriage license should be more like obtaining a driver’s license.  The DMV (the Department of Marriage Vows) could require couples to log a certain number of practice hours (currently known as dating) before passing an exam that tests their ability to navigate common marriage hurdles.  I can picture it now:  waiting rooms full of pacing grooms and nervous brides to be flipping through study guides on understanding men.  Sure, it sounds off the wall, but if you want a license to drive a car or a boat, sell a house, or even go game fishing, you must first master a set of basic principles.  Why should it be any different for a license to love and protect?

For better or worse, the modern Mr. and Mrs. usually only has to pass a blood test, not a marital skills test, before tying the knot.  Still, wouldn’t it be nice if getting married came with a manual, complete with a bride’s guide to understanding men?  As a New York life coach, I have a knack of turning wishful thinking into action, so I decided to take matters into my own hands and make my dream come true…in the blogosphere, at least.  Here’s Part 1 of my Married Girl’s Guide to Understanding Men (written by a happily married girl).

Your husband has absolutely no idea how to be a married man.

Most men receive a medley of mixed messages about marriage and manhood long before meeting and dating their future wives.  Today’s bride should understand that modern men are socialized to think and act in traditional “masculine” ways, while, at the same time, society’s definition of masculinity is rapidly evolving.  For example, if you’re a career couple, your husband probably doesn’t consider himself the family provider, even though his own father’s definition of husbandly duties likely started and ended there.  As a result, the contemporary groom is seriously confused about his role as a newly married man in the 21st century.  (So go easy on him!)

Marriage will change your husband but it won’t change him.

“When we’re married, he’ll finally…settle down/act differently/pay more attention to me/iron his clothes/put the seat down/stop playing video games.”  Sound familiar?  I know a lot of wives mistakenly believed that their wedding ceremonies would somehow put a lasting spell on their new husbands.  The reality is, once you’re hitched you soon understand that men don’t undergo any magical transformation when they say “I do.”  While married life will certainly shape the man that your husband becomes, it won’t function as a miracle elixir to cure all the things you don’t like about him.

When he drags you to that golf game, he’s saying, “I love you.”

In 2003, Dr. Phil wrote a “Man-ual” for the Oprah magazine, in which he explains an often misunderstood manner in which husbands express love to their wives:  through their passions.  “If you want to influence a man, you need to know what he treasures. Maybe it’s money, time, or his car. Maybe it’s his daughter from a previous marriage.”  Dr. Phil continues on, emphasizing how men show affection with what they value most:  “Whatever it is, if he gives you what is precious to him (whether you value it or not), he has performed an act of love that may mean much more to him than any words he might say.”  Think twice about rolling your eyes when your hubby invites you to the driving range where he spends so much time.  After all, he’s telling you that he loves you.

Don’t panic, if you’re still mystified about men and marriage, there’s more where this came from.  Stay tuned for Part 2 of the Married Girl’s Guide to Understanding Men.

It’s Not You, It’s Me: Relationship Advice For Commitment Phobia
Are You Too Tired to Have Angelina Jolie’s Life?