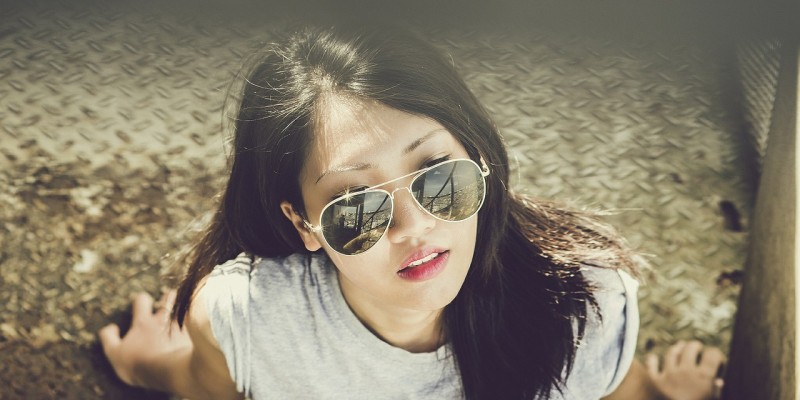 A few years ago, I said goodbye to a trio of girlfriends headed to Europe for a summer abroad.    When they left, all three were married or in serious relationships.  When they returned, all three were either single or seriously confused.  I kept in contact with them through email and Skype and, as the summer wore on, I read as they transitioned from pledging allegiance to fidelity to each having their first affairs.  What happened?  How did my three proudly faithful friends turn unfaithful in just a few months time?  Was it merely the magic of Paris and the romance of Rome?  Or does something else explain why these women cheated?  Not so fast! Before I can tell you the answer, you’re going to have to get to know them first.

My friend Elsa asked her husband to repeat himself when he proposed.  In fact, on Elsa’s wedding day, she wondered aloud to me what her husband actually saw in her.  “Sometimes I wonder if I’m really worthy of him,” I remember her saying.  Though she is gorgeous and talented, if Elsa received a thousand compliments a day to that effect, she probably would remain unconvinced.  And as crazy for her as he is, Elsa’s husband has always bucked her incredible need for reassurance.  So, when Elsa met Anthony, a handsome and extremely complimentary Italian, something lit up inside her.  “He tells me I’m beautiful in Italian more than a dozen times a day.”  She wrote in one email.  “I know it was wrong,” she told me later, “but he made me feel so good about myself!”

(I’ll give you a hint, it’s far and away the top cheating catalyst for both men and women.)  Give up?  Self-esteem.  Though I love Elsa to pieces, I knew all along that her marriage wouldn’t fix her feelings of insecurity.  Women like Elsa often crave constant reassurance from the opposite sex in order to verify their worth; when their existing relationship fails to validate them, they mistakenly turn to outside lovers to make them feel secure.  When Elsa got home, I gave her one of my favorite books, “The Courage to Be Yourself: A Woman’s Guide to Emotional Strength and Self-Esteem” by psychotherapist, Sue Patton.

When Monika met her boyfriend, Jay, she couldn’t stop bragging about how successful and smart he was.  He took her on lavish dates, bought her gorgeous gifts, and quickly charmed her friends and family.  Jay looked absolutely perfect on paper.  However, behind closed doors, something was missing.  Although she was happy with the compatibility of their lifestyles and interest, Monika described Jay to me as emotionally unavailable.  Then, she met Rick, an American working in Paris.  On Monika and Rick’s many long walks, they discussed everything from their family problems to their past relationships to their hopes for the future.  “Jay has never listened to me like Rick does!”  Monika wrote me.  Well, at least he listened when she called him from France to break it off…weeks after mentally breaking up with him for Rick.

Although Jay satisfied her on many levels, Monika felt emotionally neglected:  a feeling that cannot be cured by shared interests and fancy dates.  Rick, on the other hand, offered Monika the emotional intimacy that she felt her existing relationship was lacking.  “One night, he just kissed me and I couldn’t say no.”  She later revealed to me.  After years of feeling frazzled and frustrated by her boyfriend’s lack of intimacy, it didn’t take much for Rick’s emotional availability to coax her into an affair.  In essence, Monika’s infidelity was her way of trading her broken model for a healthy relationship that truly satisfied her emotional needs.

Jazmine’s story is a little different.  Just days before boarding the plane to Paris, Jazz discovered an email on her home computer from her husband’s mistress.  “I am so pissed!  When I get to France, I’m finding a glass of wine and a lover!”  She fumed on the way to the airport.  And she lived up to her word.  After a few days in Paris, Jazz CC’ed me on an email to her husband full of pictures with her arms draped around some mysterious Frenchman.  It turns out neither one could stomach the others’ indiscretions; with no feasible relationship fix in sight, when Jazmine got back home, she and Rob filed for divorce.

If you asked her, Jazmine would tell you that her affair was fueled by pure revenge.  “I’ll make him suffer!”  She wrote at the top of the email she copied to me.  While I won’t negate the role that vengeance played in Jazz’s choice to cheat, I can’t limit it to that.  Oftentimes, when a woman feels that her lover has grossly violated a boundary, she chooses to channel her anger instead of allowing herself to acknowledge her own sadness and sense of betrayal.  In Jazmine’s case, the pain of discovering her husband’s indiscretion was just too much to bear; she ran into the arms of a lover in order to delay facing her feelings.  Did it help?  “I ended up feeling so bad,” Jazz admitted later, “that I didn’t drink wine for the rest of the trip.”

In my time as New York dating coach, my clients have repeated Elsa, Monika, and Jazmine’s choices so many times that I have often marveled at the coincidence.  When it comes to why women cheat, I am surprised when the reasons don’t fit the three basic categories that my girlfriend’s stories represent:  self-esteem, emotional intimacy, and delaying the pain of betrayal.  Understanding the foundations of female infidelity can help husbands and boyfriends confront the issues that often lead to cheating, long before their ladies go across the ocean (or simply across town) to be unfaithful.

What do you think?

The Infidelity Files Volume 1: Why Men Cheat
Love Is Not a Life Saver: Save Yourself and Your Marriage