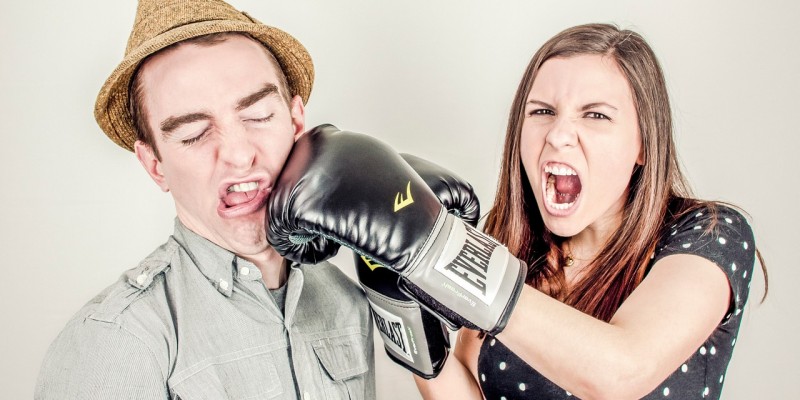 You say potato and I say potahto,

You say tomato and I say tomahto

Let’s call the whole thing off

I was riding the subway last week when I had to turn up my iPod to drown out the couple bickering in the seats next to me.  When I realized what song was playing, I began to laugh out loud (and the unhappy couple took a break from feuding to stare at me for a few seconds).  Perhaps my iPod could sense the nearby duel, because the song that I unwittingly turned up the volume on was the classic Gershwin tune “Let’s Call the Whole Thing Off,” the lyrics to which could not have fit the subway scene any better.

My quarreling seatmates argued back and forth for fifteen minutes about the address of a popular restaurant before one party abruptly stormed off the train, leaving her companion fuming at my side.  He gathered his things and stood up for the next stop, but not before turning to me to say, “I’m right, you know.”  It turns out, he was right.  (I happened to know that restaurant over which they were feuding.)  However, right or not, he was still on his way home alone.

Perhaps, had I whistled a few bars of the song on my shuffle (and had my seatmates been Gershwin fans) it may have helped them to put the situation in perspective.  The lyrics of the jazz tune I keep referencing are words between lovers who declare that they prefer relationship harmony to getting their own way or being right.  “So if I go for scallops and you go for lobsters, so all right no contest we’ll order lobster.”  The song is humorous but it seriously hits the nail on the head when it comes to being happy in love.

A common dating mistake, in the quest to triumphantly prove a point, many people end up missing the bigger point:  being right has a big price tag.  You cannot be always right AND happy in love!  Healthy relationships are not a series of victories on either side; love is not conquest.  Sure, my subway seatmate knew the address to the restaurant, but harshly and relentlessly insisting upon it to his partner ended up costing him a meal there!  Had they been similarly willing to “call the whole thing off” Gershwin-style, perhaps they could have been dining together happily, instead of dueling.