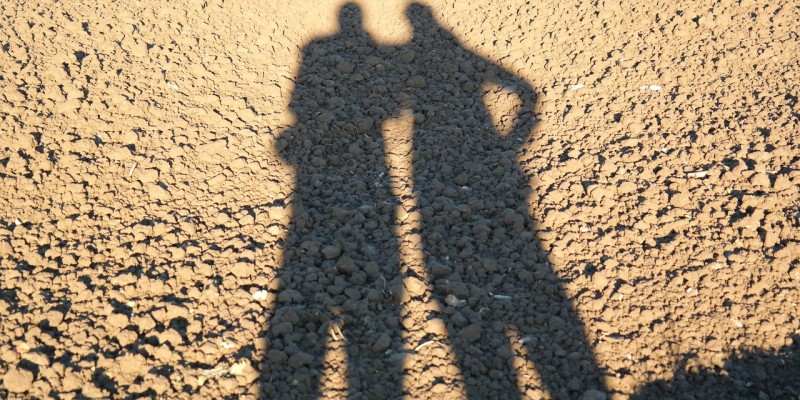 “When I was younger, every year on my birthday I would blow out the candles and secretly wish that this would be the year I would find true love.”  Lauryn is engaged now and she recounts her single days like folks tales:  the years of false of alarms when she never received her birthday wish.  Well, at least not until she stopped actively wishing for it.

In the years that Lauryn tossed coins in fountains and pulled apart wish bones, crossing her fingers with a fuzzy picture of Mr. Right in a thought bubble above her head, she was all about plotting and scheming ways to win the “perfect” guy’s heart.  She read books and attended conferences, prepping for dates like tests.  With little discretion, she exhausted every possibility that each new guy in her life could be “the One” and she limped away, surprised every time.

“Phew!  Believe me when I say, I’m so relieved that those days are over,” Lauryn laughed.  “When I meet my single girlfriends and hear of their elaborate, dramatic escapades, I feel exhausted just listening to them!  I don’t know how I ever had the energy to balance my daily life with my soap opera love life!”  I couldn’t be more thrilled that Lauryn figured out her single foibles and found love.  (Success stories are part of why I love working as a life/dating coach for singles preparing their hearts to find love.)

So, what was Lauryn’s “Aha!” moment?  I remember Lauryn first called me to tell me about her latest dating exploits and sighed, “I think I’m just choosing the wrong guys.”  I laughed and decided to be direct.  “Choosing?  You don’t choose!  You’d date any guy who looks twice!”  Initially, Lauryn balked, but she came around my idea.  Not unlike many young single women eager for long term love, Lauryn was willing to accept way too much.  Without a filter, it was like she was walking into the wind on the road to love.  Unfortunately, Lauryn had to learn (the hard way!) that, by not being choosy, she was opening herself up to endless heartache.  “Okay, so you were right,” She told me a heartbreak or two later, “not every man is worth my time.”

Echoing the choices of her fellow single gal pals, Lauryn played the dating game like the lottery, hoping that the more she played, the higher the odds would be.  “The truth is, when I actually identified my needs and expectations so that I was choosing my dates instead of letting any old guy choose me, I realized that dating is definitely not a game.  High numbers don’t equal good odds.”  She put down the books about “rules” and started living her life, treating dating as any other type of communication.  Instead of strategizing ways to appear attractive and mysterious, Lauryn invested in being herself, ditching the games, and setting boundaries.  “I stopped feeling like living in a soap opera and started feeling like in the driver’s seat of my own life.  And whether or not I had a man beside me started to matter less.”

How does the story end?  Well, as I mentioned earlier, Lauryn is happily engaged!  Learning that finding love started with identifying her own needs, standards, and boundaries was a slow, gradual process.  But Lauryn will tell you that she wouldn’t trade it for the world.  “Hey, I have so many funny stories to tell at cocktail parties!  My girlfriends will never get bored!”  Lauryn’s story is the perfect example of the secret to finding love:  know yourself well enough to identify and choose the love you want, instead of waiting for it to come to you!

Do you have a dating tall tale that led to an “Aha!” moment like Lauryn’s?  Please share.

The Fail-Proof Relationship Fix You Won’t See On TV
Nobody’s Perfect: Accepting the Flaws In Your Healthy Relationship